EU rejects amendment that would ban Bitcoin, Ethereum, and other inefficient cryptocurrencies

The European Parliament’s economic and monetary affairs committee have moved ahead with their proposed cryptocurrency regulations bill, deciding to drop a controversial amendment that would have outlawed inefficient cryptocurrencies by 2025.

What's worth noting here is that the EU's proposed Crypto in Markets bill is not designed to force cryptocurrencies to become more efficient, it is designed to promote innovation, deliver consumer protections, and create a supervisory structure for the field of crypto assets. The Crypto in Markets bill is not a bill that is focused on the environment, its focused on the cryptocurrency market. As such, it should not be surprising that the regulations' environment-focused amendment was dropped.

Proof of Work is not environmentally sustainable

Cryptocurrencies like Bitcoin and Ethereum are incredibly energy inefficient. The Proof of Work algorithms that they are based on are computationally intensive, and the networks behind these cryptocurrencies consume an absurd amount of electricity. With global warming being a major concern for many of the world's nations, it makes sense for the EU to work towards tacking the energy inefficiency of the cryptocurrency market, but with their Crypto in Markets bill, the EU has failed to tackle this issue.

Several cryptocurrencies, most notably Ethereum, is moving itself towards a "Proof of Stake" (PoS) algorithm to decrease the computational complexity of running the Ethereum network. This move will dramatically decrease the power used to transfer and create Ethereum. That said, Ethereum's move to Proof of Stake is taking much longer than expected. 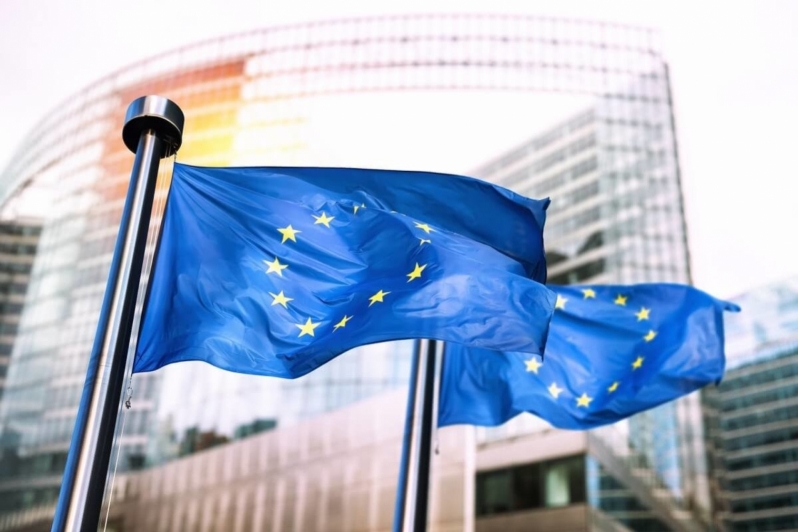 In time, the EU may work towards tacking the energy inefficiency of many cryptocurrencies. That said, this week's bill was not the place where such regulations should be imposed. The EU's Crypto in Markets bill is being made to regulate the cryptocurrency market, not to legislate the world's most popular cryptocurrencies out of existence.

You can join the discussion on the EU rejecting an amendment that could have banned Ethereum and Bitcoin on the OC3D Forums.

ET3D
It's worth noting that the reason mining takes so much power is because difficulty rises the more people participate in the blockchain calculation at the same time. So it's inherent to the concept of mining, not to the particular calculations performed by the algorithm. Simply put, the more successful a coin is, the more power it will use.Quote

grec
Quote:
Depends a little on which algorithm you mean. Changing the cryptographic hashing algorithm PoW uses (Eg Changing from BTC's SHA-256 to something else, as Litecoin ect did), as you say, doesn't solve the problem you mentioned.

Changing the consensus algorithm from PoW to PoS, does solve the issue of steep scaling though, and removes the concept of mining. With PoS the scaling should be more akin to that of a traditional servers resource scaling with number of users, in fact research suggests full size PoS transactional systems would be more energy efficient than our current banking systems.Quote

ET3D
Quote:
Yes, although I was talking about the concept of mining, and the news article also was about PoW. I think it's common knowledge that PoS doesn't share this problem.Quote
Reply