The European Union, alongside 17 member states, has signed a joint declaration designed to take Europe to the forefront of semiconductor design and manufacturing.

This declaration is designed to allow Europe to create low-power "trusted" processors on advanced process nodes down to 2nm, allocating €145 billion in funding over the next 2-3 years. This move is seen as a vital one for Europe moving forward, as leading-edge semiconductor technologies are used in everything from automobiles to medical equipment, telecommunications and medical devices. This project will help ensure that Europe does not become too reliant on other economic blocks when it comes to the creation of powerful processors.

Below is a statement from the EU declaration, which was signed by Belgium, Croatia, Greece, The Netherlands, Slovenia, Finland, France, Estonia, Malta, Portugal, Slovakia, Cyprus, Germany, Italy, Spain, Austria and Romania. Having left the European Union, the United Kingdom (UK) can have no part in this declaration or development plans.

To ensure Europe’s technology sovereignty and competitiveness, as well as our capacity to address key environmental and societal challenges and new emerging mass markets, we need to strengthen Europe’s capacity to develop the next generation of processors and semiconductors. This includes chips and embedded systems that offer the best performance for specific applications across a wide range of sectors as well as leading-edge manufacturing progressively advancing towards 2nm nodes for processor technology. Using connectivity, where Europe enjoys global lead, as a major use case driver for developing such capacity enables Europe to set the right level of ambition. This will require a collective effort to pool investment and to coordinate actions, by both public and private stakeholders. 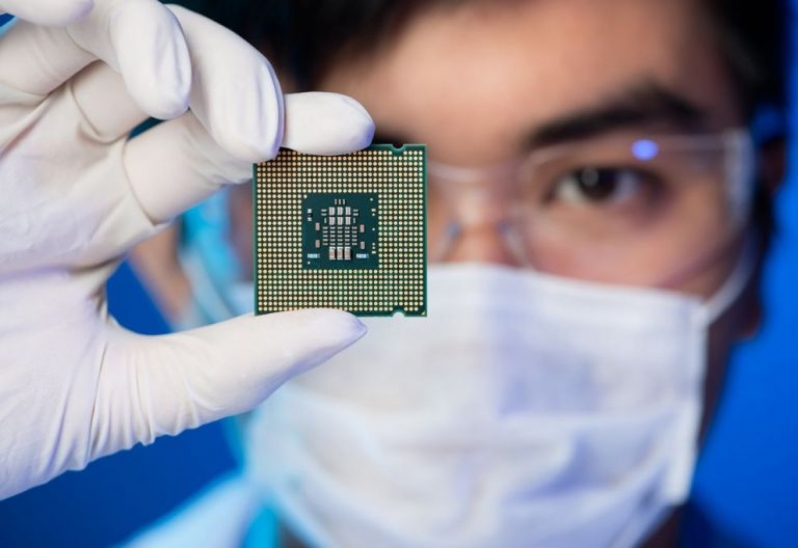 While East Asian companies like Samsung and TSMC are leaders in the world of silicon manufacturing, Europe has a huge role to play within this industry. ASML, a company from the Netherlands, plays a huge role in supplying the lithography machines behind today's most advanced process technologies. Factors like this make the creation of a European 2nm process node feasible; if investments are made in the right places.

Even with this declaration, the EU is a long way from achieving its 2nm ambitions. However, this initiative should help Europe become a large player within the world's semiconductor ecosystem, a key industry within the world's economy, both today and in the future.

You can join the discussion on the EU's €145 declaration for the development to 2nm technology and next-gen processors on the OC3D Forums.

Gothmoth
don´t worry the UK will always have arcorn and amstrad...

Sliceoflife
i login just to laugh at what you said. hahahahaahahaha!!!!

AlienALX
Quote:
It's Acorn. Without whom you would have no ARM.