Facebook's Gaming App is shutting down

Meta has announced that they are shutting down Facebook's Gaming App for Android and iOS, downsizing their gaming competitor to Twitch and YouTube. Both applications are closing on October 28th 2022, with Facebook Gaming streams moving to Meta's Facebook app.

The Facebook Gaming app is a little over two years old, and since its launch Facebook Gaming has not managed to gain a lot of ground against Their primary competitors. That said, Facebook has not revealed any plans to shut down Facebook gaming. Facebook Gaming streams are simply moving to Meta's main Facebook application.

Facebook has not stated why they are closing their Facebook Gaming app, though it is likely that the application simply is not popular enough for it to be a dedicated application.

Below is what Facebook had to say regarding the closure of their Facebook Gaming app for Android and iOS. 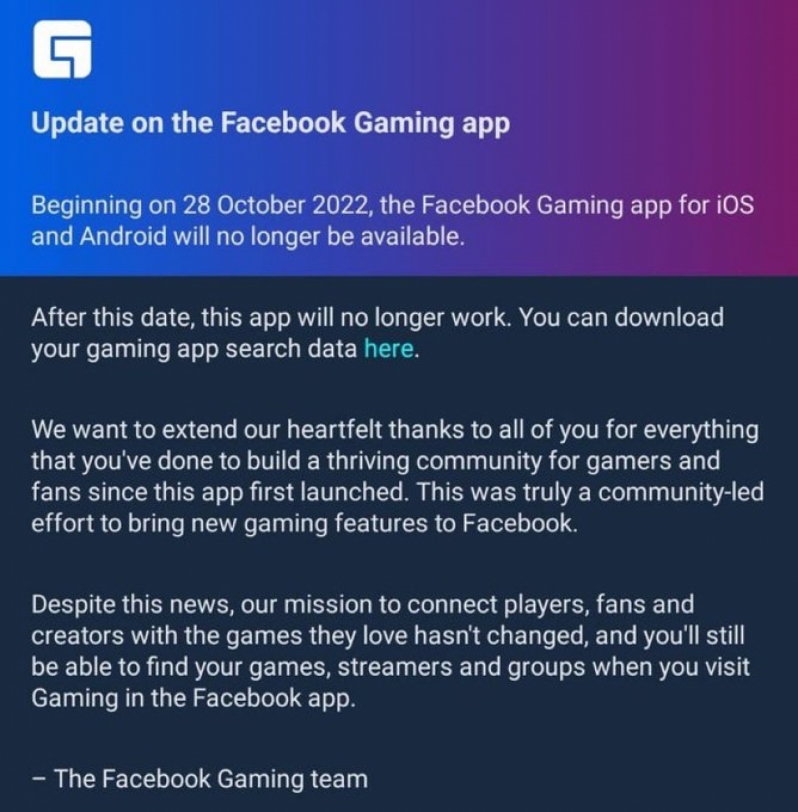 You can join the discussion on Facebook's dedicated Gaming App closing down on the OC3D Forums.

AlienALX
Twitch competitor. LOL that did give me a laugh.Quote