Google has officially filed for planning permission for their new London Headquarters, which will be placed in the area of Camden which is located beside King's Cross station. This new building will host over 7,000 Google employees and will be 11 storey's high with a tiered building structure, which will be topped off with a "Google Gardens" park area.
This building will be built with materials that sourced using Google's "healthy materials" initiative, which aims to minimise the environmental impact of the building. The building will have a College Campus-style design which will be in huge contrast to the "pitched tent" design of Google's Campus in Mountain View California.
If/when Google build this structure, staff will be moved from existing Google office in in Pancras Square, Covent Garden and Victoria and relocating them into this single centralised structure. This will make this office the first fully owned Google office outside of the US. 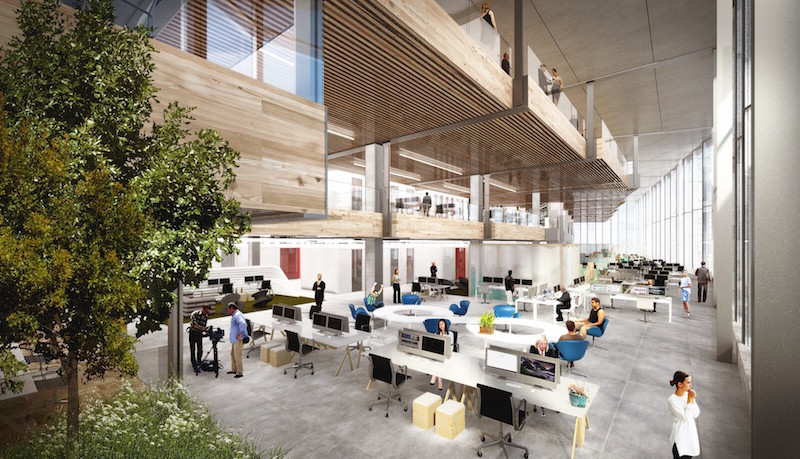 You can join the discussion on Google's plans to create a new London Headquarters on the OC3D Forums.

AlienALX
I see they chose a nice cheap area where land is abundant....

Avet
If they can why not... It will become a monument.Quote

notcool
So much for companies leaving Britain after Brexit what a load of b*****ks.Quote

SPS
Quote:
This is just one company and a big one at that so don't think it can be used as definitive proof alone to disprove that.

I'm not saying that companies are or aren't leaving due to Brexit however.Quote

Avet
Quote:
They probably got stupendously good deal from British government. You wouldn't believe what deals my country (Serbia) gave to big companies just to say they have investors coming.Quote
Reply