With these new vertical transistors, Samsung and IBM have also created a pathway towards device scaling "beyond nanosheet", with nanosheet being the transistor technology that is due to replace FinFETs with future lithography nodes. In this sense, VTFETs are being positioned by IBM and Samsung as a next-next-generation technology.

Technologies like VTFET are painting a bright future for the semiconductor industry, putting to bed claims that there will soon be little room for innovation with future semiconductor/transistor technologies. IBM and Samsung are proving that there is plenty of room for improvement with regards to transistor design, and it likely won't be long before we see their competitors reveal their own post nanosheet/GAAFET/RibbonFET transistor designs.

What follows is IBM's press release regarding their new VTFET transistor technology. 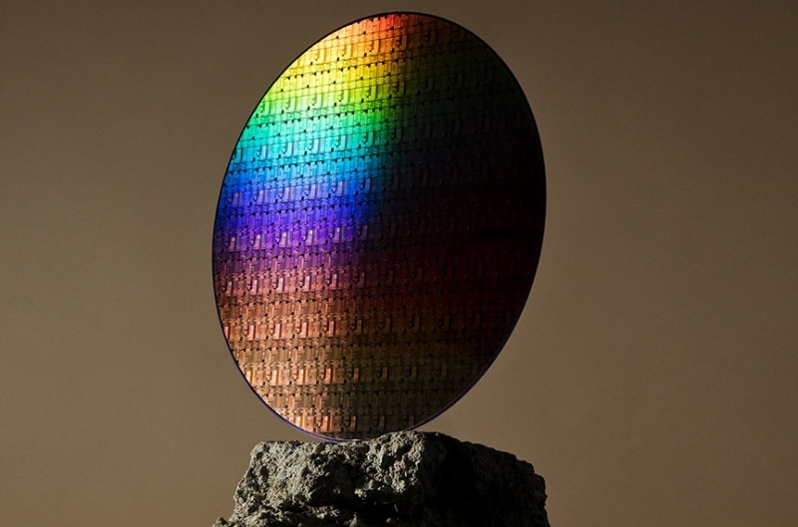 Today, IBM and Samsung Electronics jointly announced a breakthrough in semiconductor design utilizing a new vertical transistor architecture that demonstrates a path to scaling beyond nanosheet, and has the potential to reduce energy usage by 85 percent compared to a scaled fin field-effect transistor (finFET)1. The global semiconductor shortage has highlighted the critical role of investment in chip research and development and the importance of chips in everything from computing, to appliances, to communication devices, transportation systems, and critical infrastructure.

The new vertical transistor breakthrough could help the semiconductor industry continue its relentless journey to deliver significant improvements, including:

- Potential device architecture that enables semiconductor device scaling to continue beyond nanosheet.
- Cell phone batteries that could go over a week without being charged, instead of days.
- Energy intensive processes, such as cryptomining operations and data encryption, could require significantly less energy and have a smaller carbon footprint.
- Continued expansion of Internet of Things (IoT) and edge devices with lower energy needs, allowing them to operate in more diverse environments like ocean buoys, autonomous vehicles, and spacecraft.

Today's technology announcement is about challenging convention and rethinking how we continue to advance society and deliver new innovations that improve life, business and reduce our environmental impact," Dr. Mukesh Khare, Vice President, Hybrid Cloud and Systems, IBM Research. "Given the constraints the industry is currently facing along multiple fronts, IBM and Samsung are demonstrating our commitment to joint innovation in semiconductor design and a shared pursuit of what we call 'hard tech.'

Moore's Law, the principle that the number of transistors incorporated in a densely populated IC chip will approximately double every two years, is quickly nearing what are considered insurmountable barriers. Simply put, as more and more transistors are crammed into a finite area, engineers are running out of space.

Historically, transistors have been built to lie flat upon the surface of a semiconductor, with the electric current flowing laterally, or side-to-side, through them. With new Vertical Transport Field Effect Transistors, or VTFET, IBM and Samsung have successfully implemented transistors that are built perpendicular to the surface of the chip with a vertical, or up-and-down, current flow.

The VTFET process addresses many barriers to performance and limitations to extend Moore's Law as chip designers attempt to pack more transistors into a fixed space. It also influences the contact points for the transistors, allowing for greater current flow with less wasted energy. Overall, the new design aims to deliver a two times improvement in performance or an 85 percent reduction in energy use as compared to scaled finFET alternatives.

Recently, IBM announced the 2 nm chip technology breakthrough which will allow a chip to fit up to 50 billion transistors in a space the size of a fingernail. VTFET innovation focuses on a whole new dimension, which offers a pathway to the continuation of Moore's Law.

Innovation at the Albany Nanotech Complex is often directed towards commercialization, and on that end of the chip lifecycle today the companies also announced that Samsung will manufacture IBM's chips at the 5 nm node. These chips are anticipated to be used in IBM's own server platforms. This follows the announcement in 2018 that Samsung would manufacture IBM's 7 nm chips, which became available in the IBM Power10 family of servers earlier this year. The IBM Telum processor, also revealed earlier this year, is similarly manufactured by Samsung using IBM's designs.

You can join the discussion on IBM and Samsung's VTFET technology on the OC3D Forums.