'And you don’t even need silly VR headsets'

Say what you will about Iceland, but the country has a clever (and hilarious) marketing team, spoofing Facebook's (now Meta's) "Metaverse" ambitions with an ad that shows us everything that makes Facebook's founder and CEO, Mark Zuckerberg, unlikeable.

Today's technology market is becoming focused on the "Metaverse" concept, with large companies like Meta, Nvidia, Epic Games, and many others revealing ambitions to be the leaders within the next-generation internet.

Iceland sees the Metaverse and has decided to show us something better, a place that is real, Icelandverse. You don't need a VR headset to visit Icelandverse; you need to get on a plane. After that, you will have a large open world to explore with real people, real interactions, and real locations to explore.

While many are focusing on the digital "Metaverse", many already stand against the concept of digital universes. There is already a world to explore and interact with, and there is a reason why fictional universes with active "Metaverse" technologies are typically dystopian.

We are not the first commentators who have noted how unnatural Mark Zuckerberg seems on camera or how Facebooks' Metaverse transformation event was undermined by how staged and wooden all of the presentations felt.

Iceland's "Icelandverse" spoof ad highlights many of the things that make Mark Zuckerberg hard to like. In some regards, Zuckerberg looks like a billionaire who has lost touch with reality, and that alone gives many people pause, especially as he is considered the leader of the company pushing the "Metaverse".
To many people, Facebook's branding is toxic, and so long as Mark Zuckerberg remains the public face of Meta, Meta will be equally difficult to trust with our digital futures. Facebook remains as untrustworthy as ever, and its new name is unlikely to change that. There is no universe where Mark Zuckerberg will be to Meta what Steve Jobs was to Apple. 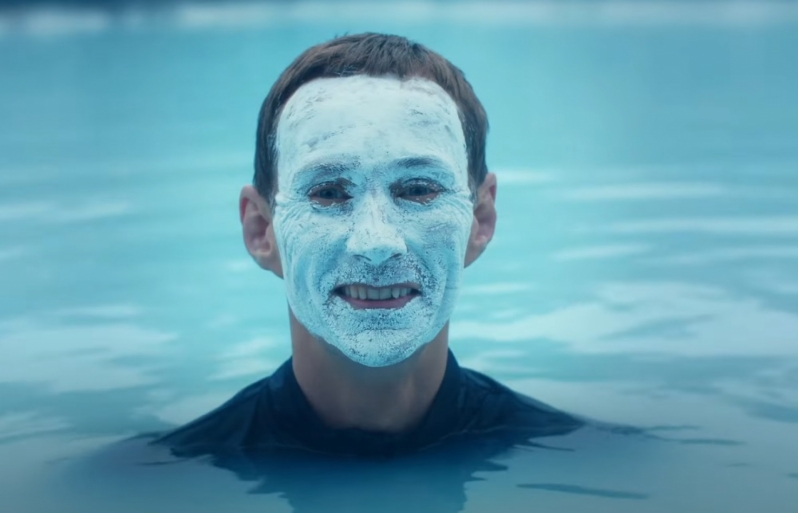 Well done to the team at Inspired By Iceland who created their "Introducing the Icelandverse" ad. We've had a good launch at the video today, and we hope that your readers do as well.

You can join the discussion on Iceland's Facebook/Meta "Icelandverse" spoof on the OC3D Forums.

Warchild
Quote:
Better haircut too even when intended as a mockery

Dicehunter
Quote:
Yeah all those billions from gathering peoples private message pictures and he still has a haircut that looks like it was done with a bowl XDQuote
Reply