Intel will become a foundry that competes with TSMC and Samsung

Pat Gelsinger, Intel's new CEO, has outlined his vision for the company, announcing a $20 billion investment to build two new foundries and plans to open up their manufacturing facilities to third parties.

Intel's two new fabs will be based in Arizona, both of which are due to start production in 2024. Gelsinger has stated that Intel is ready to break ground on these facilities and that these facilities will rely heavily on EUV (Extreme Ultraviolet) technology.

At their first Intel Unleashed event, Pat Gelsinger revealed "IDM 2.0", with IDM standing for "Integrated Device Manufacturing". IDM 2.0 involves Intel opening up its foundries to third parties for chip fabrication, securing Intel new revenue sources while granting the US more chip manufacturing capabilities. This move could reduce the US' reliance on foreign chipmakers and could secure Intel new revenue stream.

Intel plans to create a new, standalone, business unit called IFS, the Intel Foundry Service. This group will be lead by Dr Randir Thakur and will offer companies access to Intel's manufacturing facilities, IP and packaging technologies using manufacturing capacity in the US and Europe. Intel has claimed that IFS will allow 3rd parties to use Intel technology to create "x86 cores as well as ARM and RISC-V ecosystem IPs".

IDM 2.0? What happened the first time?

Intel has attempted to become an IDM before, and that attempt came as the company's foundry roadmap faltered. 10nm failed to materialise, and that caused Intel to lose contracts and see its IDM dream go up in smoke.

With IDM 2.0, Intel is working with Cadence and Synopsys to develop design tools that will allow 3rd parties to utilise Intel's manufacturing technologies without many challenges. This will allow Intel to offer foundry products similar to that of TSMC, Samsung, and GlobalFoundries.

Intel hopes to succeed with IFS where they have previously failed, and today's foundry market will undoubtedly see a lot of customers line up to try out Intel's foundry offerings. 2021 has a major chip manufacturing deficit, and adding Intel into the IDM mix will help remedy that problem moving forward. That said, it will be a while before we see 3rd party products from Intel foundries.

Intel's Fabs have a future, and they will be critical to Intel's future success

Moving forward, Pat Gelsinger plans to bring Intel back into its traditional "tick-tock" release model, and that means that Intel's foundries will have to start executing. Intel's mainstream processors have been using 14nm technology for an embarrassing amount of time, and a return to Tick-Tock would be a welcome change for Intel's customers, be it OEMs or bespoke PC builders.

Pat Gelsinger plans to rebuild Intel’s reputation as a leading-edge foundry. Beyond that, Gelsinger wants to bring Intel back into its leadership position in the x86 market.

In 2024/25, Pat Gelsinger plans to return Intel to its leadership position. That timeframe will allow Intel to complete its current roadmaps and give the company enough time to act on Pat Gelsinger’s vision. It takes years for ideas to make their way into silicon and consumer products, but Gelsinger is confident that Intel has what it takes to execute his vision.

You can join the discussion on Intel’s plans for foundry leadership on the OC3D Forums. 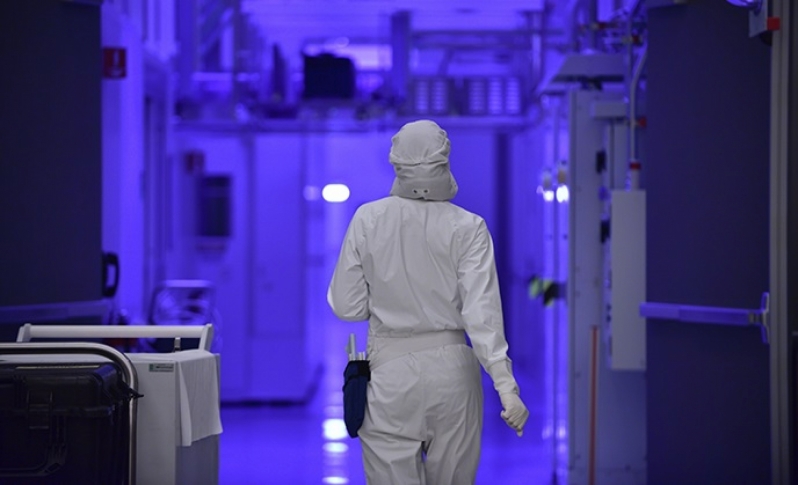 AngryGoldfish
That's pretty exciting. I mean, it's a long way away and any number of things could happen before then, but it's still cool to think that other companies could use Intel's processes to build their own parts.Quote

NeverBackDown
New CEO making moves they should have been made years ago.

This is great news. Also this now means Arizona will be home to 3 new foundries. 2 from Intel and 1 from TSMC. Going to be Silicon Valley 2.0 soon enough.

Best part is reducing the reliance on Asian manufacturing. As everybody knows it's caused a worldwide backlog. Though they are currently the best at it so cant blame companies. Intel is probably the only one capable of competition.Quote
Reply