Intel could build up to eight fabs on this site

Our Thoughts: Intel needs two things to make its IDM 2.0 strategy a success, customers, a fab space that thy can use to fulfil orders. With this in mind, Intel needs to invest heavily in their manufacturing arm, creating new fabs that can be used to create future products for themselves and their clients. To do this, Intel plans to build new fabs in the US and Europe, bringing more high-end semiconductor manufacturing to the west.

Today's announcement from Intel details one of what should be several major investments in the creation of additional semiconductor manufacturing space, with today's investment being in two new Ohio fabs. These fabs will be "leading-edge chip factories", though the site that Intel purchased has space for as many as eight fabs.

Intel expect to produce chips from these facilities in 2025, with construction on the site starting later this year. What follows is Intel's press release on their Ohio investment.

PR - Intel today announced plans for an initial investment of more than $20 billion in the construction of two new leading-edge chip factories in Ohio. The investment will help boost production to meet the surging demand for advanced semiconductors, powering a new generation of innovative products from Intel and serving the needs of foundry customers as part of the company's IDM 2.0 strategy. To support the development of the new site, Intel pledged an additional $100 million toward partnerships with educational institutions to build a pipeline of talent and bolster research programs in the region.

"Today's announcement is monumental news for the state of Ohio," said Ohio Gov. Mike DeWine. "Intel's new facilities will be transformative for our state, creating thousands of good-paying jobs in Ohio manufacturing strategically vital semiconductors, often called 'chips.' Advanced manufacturing, research and development, and talent are part of Ohio's DNA, and we are proud that chips - which power the future - will be made in Ohio, by Ohioans."

"Today's investment marks another significant way Intel is leading the effort to restore U.S. semiconductor manufacturing leadership," said Pat Gelsinger, CEO of Intel. "Intel's actions will help build a more resilient supply chain and ensure reliable access to advanced semiconductors for years to come. Intel is bringing leading capability and capacity back to the United States to strengthen the global semiconductor industry. These factories will create a new epicenter for advanced chipmaking in the U.S. that will bolster Intel's domestic lab-to-fab pipeline and strengthen Ohio's leadership in research and high tech."

As the largest single private-sector investment in Ohio history, the initial phase of the project is expected to create 3,000 Intel jobs and 7,000 construction jobs over the course of the build, and to support tens of thousands of additional local long-term jobs across a broad ecosystem of suppliers and partners. Spanning nearly 1,000 acres in Licking County, just outside of Columbus, the "mega-site" can accommodate a total of eight chip factories - also known as "fabs" - as well as support operations and ecosystem partners. At full buildout, the total investment in the site could grow to as much as $100 billion over the next decade, making it one of the largest semiconductor manufacturing sites in the world. 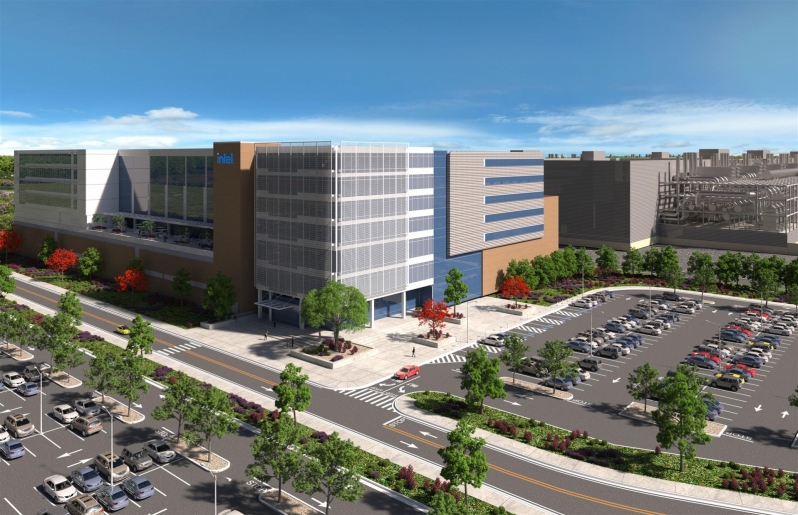 Planning for the first two factories will start immediately, with construction expected to begin late in 2022. Production is expected to come online in 2025, when the fab will deliver chips using the industry's most advanced transistor technologies. Ohio will be home to Intel's first new manufacturing site location in 40 years.

In addition to Intel's presence in Ohio, the investment is expected to attract dozens of ecosystem partners and suppliers needed to provide local support for Intel's operations - from semiconductor equipment and materials suppliers to a range of service providers. Investments made by these suppliers will not only benefit Ohio but will have a significant economic impact on the broader U.S. semiconductor ecosystem. As part of today's announcement, Air Products, Applied Materials, LAM Research and Ultra Clean Technology have indicated plans to establish a physical presence in the region to support the buildout of the site, with more companies expected in the future.

"The impact of this mega-site investment will be profound," said Keyvan Esfarjani, Intel senior vice president of Manufacturing, Supply Chain and Operations. "A semiconductor factory is not like other factories. Building this semiconductor mega-site is akin to building a small city, which brings forth a vibrant community of supporting services and suppliers. Ohio is an ideal location for Intel's U.S. expansion because of its access to top talent, robust existing infrastructure, and long history as a manufacturing powerhouse. The scope and pace of Intel's expansion in Ohio, however, will depend heavily on funding from the CHIPS Act."

To help develop and attract a pipeline of skilled talent from within the region, Intel plans to invest approximately $100 million over the next decade in partnership with Ohio universities, community colleges and the U.S. National Science Foundation. These partnerships will span a range of activities, from collaborative research projects to building semiconductor-specific curricula for associate and undergraduate degree programs.

"Semiconductors make almost every facet of modern life possible - from computers and smart phones to cars and appliances - and they played an integral role in the technologies that enabled us to stay connected throughout the pandemic," said Kristina M. Johnson, president of The Ohio State University. "They will also be integral to a wide range of applications in which Ohio State is actively involved from a research perspective, including artificial intelligence, quantum computing, vaccine development and more. So, it's a natural fit for Ohio State, along with our fellow institutions of higher education, to partner on this game-changing investment in semiconductor manufacturing. Today's announcement is significant for Ohio, for Intel and for the national interest, as we are still in the midst of a global chip shortage. But it also presents a remarkable opportunity for current and future students. It will cement Ohio as a top magnet for retaining and attracting a new generation of talent and build on numerous opportunities under development within our state's colleges and universities, including at Ohio's innovation districts, which are already taking shape in partnership with JobsOhio."

Intel has a long history of corporate responsibility at its current U.S. manufacturing sites and is committed to building strong relationships with the community in Licking County and beyond. Intel has a long-standing commitment to sustainability and continually strives to minimize its impact on the environment. The new site will be designed and constructed with green building principles, and the new factories have a goal to be powered by 100% renewable electricity and to achieve net positive water use and zero total waste to landfill in support of Intel's 2030 sustainability goals.

For more information on Intel's plans in Ohio and its commitment to the community, visit the Intel Ohio web page.

"With IFS, Intel is opening its factory doors wide to serve the needs of foundry customers around the globe - many of whom are looking for more geographical balance in the semiconductor supply chain," said Dr. Randhir Thakur, senior vice president and president of Intel Foundry Services. "The Ohio factories are designed for the 'Angstrom era,' with support for Intel's most advanced process technologies, including Intel 18A. These technologies are critical for enabling next-generation foundry customer products across a range of applications, from high-performance mobile to artificial intelligence."

You can join the discussion on Intel's Investment of $20 billion to create two new fabs in Ohio on the OC3D Forums. 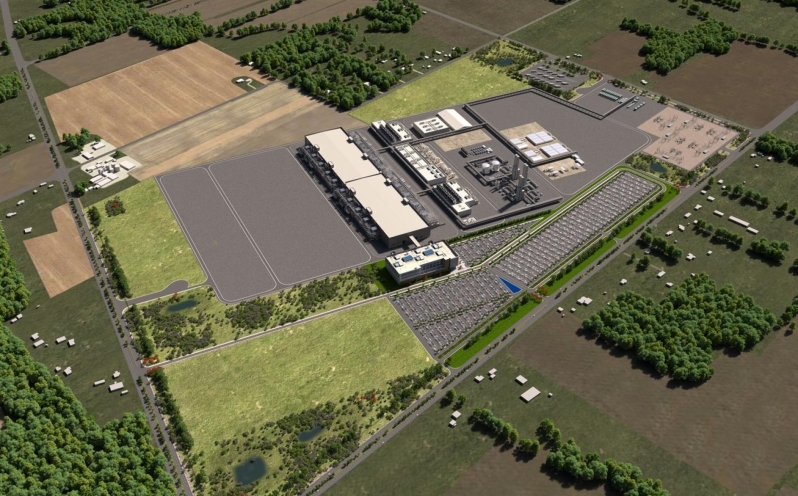 66racer
So I wonder if they ditched the idea of building one in Arizona? I did not see that as a great idea considering the water supply issues of that region and the water required to make silicon chips apparently being very high. I am no expert by any means though.Quote

NeverBackDown
I believe they are still doing Arizona. They already have plants there, it's more of an expansion.Quote

Dicehunter
This is good, I really hope America and the EU get more and more fabs up, The less we rely on Asia the better as it will become unstable in the years to come due to China's aggressive behaviour.Quote

Warchild
Quote:
Demand will be better, but I can bet on it, prices wont come down a pennyQuote

NeverBackDown
Quote:
Just more mysterious fires and floods at fabs am I right?