Intel's desperate for government support to boost the US' chip production

Intel wants more fabs, but they wants your governments money to help pay for them

In 1990, the US and Europe accounted for 37% and 44% of global semiconductor manufacturing respectively. In 2020, they only account for 12% and 9%. Intel's Pat Gelsinger believes that this trend will continue without government action.

When Pat Gelsinger became CEO of Intel, the company created Intel Foundry Services and pioneered their IDM 2.0 ambitions. Intel wants to build more fabs and to become a leading IDM (Integrated Device Manufacturer) that can rival TSMC and Samsung. Intel wants to build the chips behind future devices, and that means that Intel needs more manufacturing capacity.

Intel is desperate for your government's money

In other places, Pat has commented that the US' semiconductor spending is better spent at Intel than its rivals, stating that "Taiwan is not a stable place," to dissuade investment in TSMC, and makes it clear that we would prefer the US to invest in US companies. "Do you want to own the IP, the R&D, and tax stream associated with that or do you want that going back to Asia?"

Intel wants to be the primary beneficiary of the US' CHIPS act, which earmarks $52 billion for chipmakers. Intel wants as much of that money as possible, because keeping it away from Samsung and TSMC takes potential US-based capacity expansion away from its rivals, and will fuel the growth of Intel Foundry Services.

While Pat makes strong points regarding the US' need for more semiconductor manufacturing capacity within the US, they are coming from a man that has a lot to gain from the US choosing Intel over its rivals. He has a self-interest in this debate. 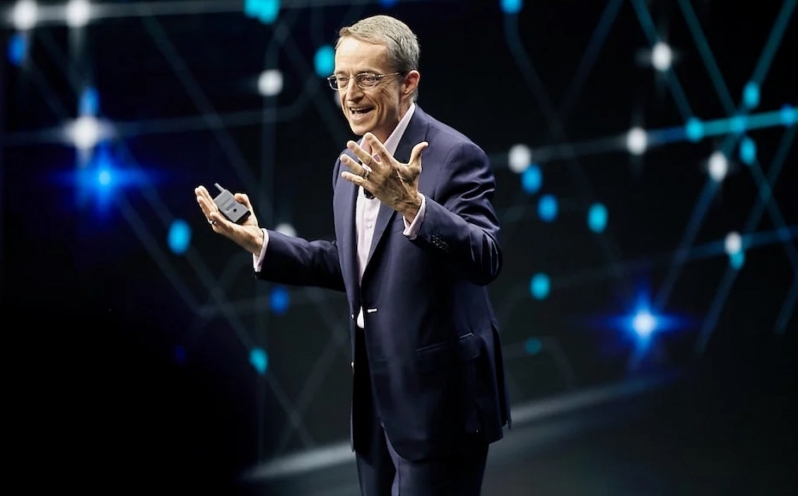 One of Intel's arguments for government investment is the heavy subsidies for semiconductor manufacturers in Asia, with the Taiwanese and Korean government giving the industry a 30-40% subsidy. Pat believes that Intel is not battling with TSMC and Samsung, he believes that he is battling against Taiwan and South Korea. Pat also suggests that Chinese semiconductor manufacturers are getting even larger subsidies.

Pat Gelsinger believes that the US should give Intel the same benefits, using public money to fuel the growth of Intel Foundry Services. The benefit of this is that more high-end semiconductors will be produced domestically, but the investment needed will cost billions.

The world needs semiconductor manufacturing to be decentralised, and investment from the EU and US can help accomplish this. Intel wants to be one of the primary beneficiaries of this funding, so expect to see a lot more of money grubbing from Intel in the future.

You can join the discussion on Intel's desire for Government funding to fuel its IDM 2.0 strategy on the OC3D Forums.

Gothmoth
the TAXPAYER pays for it not the gov.


last time i looked intel made a good amount of money and received massive tax cuts.
but they don´t want to invest that money they want a handout.Quote

NeverBackDown
He's not wrong about the US government needing to intervene. It's a dire situation that needs support, however he's definitely not the man to be asking for the help since he is obviously biased.

This is one of the few times a government should intervene the market to maintain national security... Intel is the best option immediately but I'm sure AMD could do it as well albeit on a longer timeline. Not sure we have that time though.Quote

demonking
As it would, it had just come out of communism, Intel has been making money for several decades, their choice not to invest in their own future was their choice, they wanted to make investors rich, now they're laying in their own bed that they made.
Get the government to build the fab and charge Intel to produce wafers, offer fabrication capacity to anyone who wants it as I am sure there are a lot more companies that would be interested like amd and apple.
There are many ways that Intel could solve this themselves or with others but they need to cough up rather than tax payers paying for it when Intel is another one of these companies that has done all it could to avoid paying tax and making its investors richQuote
Reply