Intel's planning to create a chip factory in Bavaria Germany

Intel wants more factories and its hounding nations for subsidies

Intel's planning to create a chip factory in Bavaria Germany

Germany's Economic Minister Hubert Aiwanger has confirmed (via Reuters) that Intel is in talks with the German government to create a European chipmaking fab in Bavaria, hoping to counter the world's chip shortage with additional manufacturing capacity in the EU and US.

With Germany being a manufacturing hub for many automakers, the nation is keen to increase the semiconductor manufacturing capacity within their borders, as the automotive industry has been hit hard by today's chip shortages. As such, Germany may be interested in giving Intel state aid to create a new semiconductor fab on their soil.

Intel wants to become one of the world's major chipmakers, opening up their foundries to use by external companies, allowing them to compete with TSMC and Samsung in the high-end silicon fabrication market. This is Intel's IDM 2.0 strategy, and this strategy will force Intel to build additional fabs to meet both internal and external demand.

Intel needs enough manufacturing capacity to meet its own needs and the needs of its foundry partners, and to achieve this, Intel is seeking billions in public subsidies. The EU and US want to increase their market share within the high-end semiconductor market, a vital industry currently concentrated in East Asia.

The US and EU want more manufacturing capacity within their borders, and Intel wants to be the primary beneficiary of any public investments made in the US/EA semiconductor market. Intel gets to grow their business, increase its TAM (Total Addressable Market), and meet the west's needs for semiconductor growth. To achieve these business goals, Intel want's your government's money.

Intel's Bavarian fab has several obvious customers within the automotive market, making the location ideal for Intel. For Intel's IDM 2.0 strategy to succeed, they need customers, and building a fab close to the home of automakers like BMW is an easy way for them to garner the interests of automotive giants.

You can join the discussion on Intel's plans to create a chip factory in Bavaria Germany on the OC3D Forums. 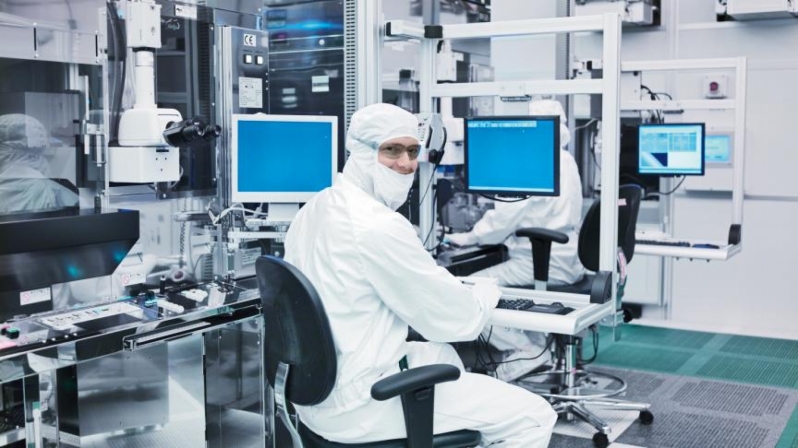 NeverBackDown
It's not really for automotive. Automotive chips according to ford use 40nm lithography(other reports are at best 20nm but in the 20-28nm range). Nowhere near leading edge. This plant will be for 10nm and smaller. Intel won't be making much money off those nodes. Smaller lesser known Foundries already work on them. Though I guess the German government could make it a stipulation and Intel could just make a production line or two dedicated to that.Quote

g0ggles1994
Brexit aside, we really need a full semiconductor fab in the UK. Genuine question, do we have any at all? We've really been caught with our trousers down on this one.Quote

NeverBackDown
The whole world was caught with their pants down to be fair. Even places with fabs.

Positive side of all this is now the world has taken notice of the terrible supply chain of Foundries and are investing money into fixing the problem.Quote

grec
Quote:
There's a fair few tbf, even just here in Manchester (Nexperia, Diodes Incorporated), just not the kind of fabs to be making cutting edge silicon processors. Definitely fabs to cover a lot of automotive needs though (Not infotainment ect ofc).

About half of them are in Scotland though, so they may not be in the UK still in 5 years time.Quote

Kei
There are 2 fabs within spitting distance of where I live in Newport. One was infineon/IR but appears to have now sold out. The other are the huge LG fabs that were built in the late 90's that also sold out. Pretty sure there is a third on the other side of Newport by the J24 of the M4 too.

I doubt any of these have the sophistication required for any really modern processes though.Quote
Reply