Intel's betting big on its foundry services, and hopes to win AMD and Nvidia has customers

Intel would be thrilled to make products for AMD and Nvidia

Intel is betting big on the foundry side of its business, opening up their lithography technology to third parties with Intel Foundry Services with hopes to expand across facilities in Europe and the US. Intel wants to become a world-class foundry, rivalling TSMC and Samsung to produce 3rd party designs for fabless semiconductor companies, like AMD and Nvidia.

In a comment to the Verge, Intel's CEO, Pat Gelsinger, said that Intel would be "thrilled" to produce designs for AMD and other rivals. At the inauguration of Intel's new Ohio fab, it was confirmed that Intel were welcoming fabless customers to their site and offered to place their logos next to the site. Even rivals like AMD and Nvidia could get their logos placed there, should they become customers.

Below is what Intel's CEO, Pat Gelsinger, had to say to The Verge.

We had a number of CEOs from fabless companies at the Ohio site, and I said, “That fab module right there, I want to put your logo on it, and I want to say it was made here.”

[You’re going to put an AMD logo on the side of an Intel fab?] - The Verge

Hey, if they choose to manufacture with us, I will be thrilled to do that. It’s the right thing at that level. These are large investments, and they are important for technology — they spawn technical communities. 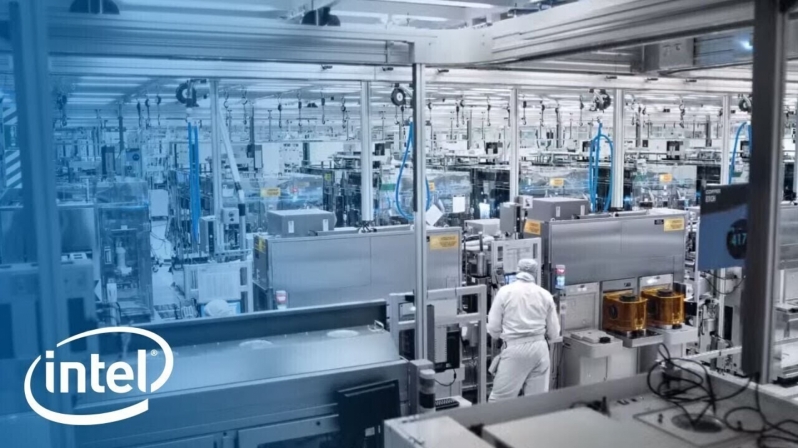 While Intel remains committed to creating the fastest CPUs and GPUs, it is clear that they one of the companies main aims is to become the US and Europe's equivalent to TSMC, with leading-edge manufacturing sites across both geopolitical blocs.

Over the next decade, Intel hopes to become one of the world's largest producers of high-end semiconductor chips; not only for themselves, but for their clients. To do so, Intel will need to create leading-edge lithography nodes that can compete with other semiconductor giants, and they will also need to earn the trust of their rivals. Intel needs the technology to create cutting-edge silicon, and customers who are willing to let Intel produce their designs.

You can join the discussion on Intel's hopes to create future AMD and Nvidia products on the OC3D Forums.

NeverBackDown
Insider knowledge on their designs seems more like itQuote

dazbobaby
Quote:
Intel will have scanned, stripped, and electron micro-scoped AMD CPU's and will know exactly what makes them tick.


After all, intel are/were forced to share their IP with I think Cyrix and AMD, and possibly others back in the day.


Also just ask China if copying a design is so easy.Quote

Piskeante
Quote:
Exactly , reverse engineering has been a thing for decades. Every one buys others products and inspect it thoroughly.

Intel already knows AMD products to the detail, and the other way round.Quote

AngryGoldfish
This should actually benefit us consumers. We've seen how when TSMC dominates, it can cause issues with release schedules, prices, and availability. As much as Samsung's 8nm kinda sucked in comparison to TSMC's 7nm, it was affordable and readily available. I think Nvidia are glad they went that route, because it allowed them to make vast quantities of cards and sell them all to miners. Now that Intel are largely over their fabrication woes (at least from what I understand), using them as a fab plant in the way that Apple, Nvidia, AMD, etc use TSMC and Samsung, I think that would help alleviate some of the issues currently facing chip manufacturing and distribution.Quote

AlienALX
Quote:
Oh they would have gotten that ages ago when Keller went over.Quote
Reply