Valve's Steam Deck system has proved itself to be incredibly popular, but the delay of their Steam Deck docking solution has created a gap in the market, allowing accessories companies like iVoler to create their own docking solution with no competition from Valve.

Earlier this year, iVoler released a docking solution for Valve's Steam Deck system, but this dock was not to the liking of many Steam Deck users. The Dock's HDMI 1.4 port limited the device to 4K at 30Hz, the device lacked ethernet connectivity, and the dock's plastic exterior made the product feel cheap. Thankfully, iVoler has worked to address these shortcomings with their new Steam Deck Dock Pro.

For starters, the iVoler Steam Deck Pro Docking Station has been upgraded with an aluminium housing, making the stand feel a lot more robust. Secondly, the device has been upgraded with HDMI 2.0, enabling 4K 60Hz resolution support. On top of this, the device now features a Gb Ethernet port for internet connectivity, which means that Steam Deck users will not need to rely on WiFi when their system is docked.

Another useful addition to iVoler's Steam Deck dock is its support for up to 100 watts of power delivery. The previous unit only supported 65 watts of power delivery, which while it was enough for the Steam Deck's maximum power draw of 45W, it could become a limiting factor is users connected multiple high power accessories to the docking station. iVoler's 100W upgrade has made their device less prone to power related issues should users connect high power devices to the docking station.

With these upgrades, iVoler's new Steam Deck Pro Docking Station has a higher price than its predecessor, costing $49.99 in the US. This Docking station will be available in the US, Canada, the UK, Germany, France, Italy, and Spain in the near future. Below is iVoler's Press Release for their new Pro Steam Deck Dock. 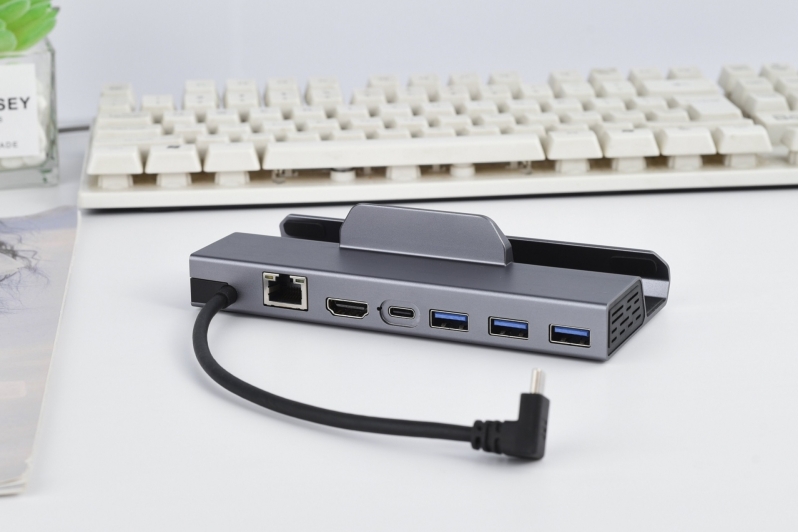 Video game accessories company iVoler today announced a Pro version of its Steam Deck docking station. Compatible with Valve Steam Deck handheld gaming device, the dock provides an immediate solution for users who have been shut out by Valve indefinitely delaying their own proprietary docking station due to production issues. This Steam Deck dock pro will be available on September 5 in 7 Amazon marketplaces; US, CA, UK, DE, FR, IT, and ES with prime shipping service. iVoler also provides a 15% discount for social media pre-order.

iVoler Steam Deck Dock Pro is a 6-in-1 docking station that is specifically designed to work with Valve's handheld device. It also features three USB 3.0 ports with up to 5 Gbps data transmission, and one angled USB-C cable fitting angled connection for the Steam Deck device. Priced at $49.99, iVoler's dock is also a budget-friendly 6-in-1 docking station option that combines a USB hub and kickstand together. 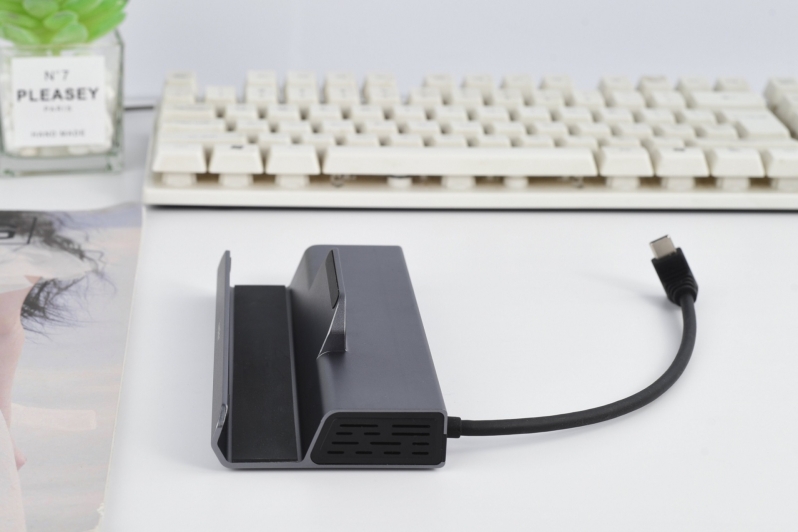 Updates on the Pro version:

- Premium design with aluminium alloy.
- Upgrade to HDMI 2.0 for up to [email protected] Hz video output.
- Adding a Gigabit Ethernet port.
- USB-C PD3.0 100 W max power delivery, in line with the MAX charging speed of the Steam Deck which is 45 W).
- It also features three USB 3.0 ports with up to 5 Gbps data transmission, and one angled USB-C cable fitting angled connection for the Steam Deck device.

Priced at $49.99, iVoler's dock is also a budget-friendly 6-in-1 docking station option that combines a USB hub and kickstand together.

You can join the discussion on iVoler's Steam Deck Pro Docking system on the OC3D Forums.