Valve still has not released their official docking system for their Steam Deck gaming handheld, and that has forced 3rd parties to quickly fill the market with their own solutions. These docking systems have created tight competition between several competing brands, forcing many of them to rapidly innovate by creating second generation Steam Deck docking systems.

Currently, JSAUX's new Steam Deck Dock is the only docking system available that supports M.2 2280 sized SSDs, supporting PCIe 3.0 speeds. This allows Steam Deck systems to access additional high speed storage while docked, giving users access to an extended library of games. Valve's Steam Deck system is available with up to 512GB of additional storage, and JSAUX's dock can be shipped with up to 2TB of SSD storage included.

JSAUX's new HB0606 will support 100W of power, allowing the unit to maximise Steam Deck charging speeds by giving the system access to 45W of power. The dock's additional 55W of power can be used to power accessories and other devices.

JSAUX's HBO604 Steam Deck Dock will be available from September 7th from the company's website, with early units shipping with a discounted price. 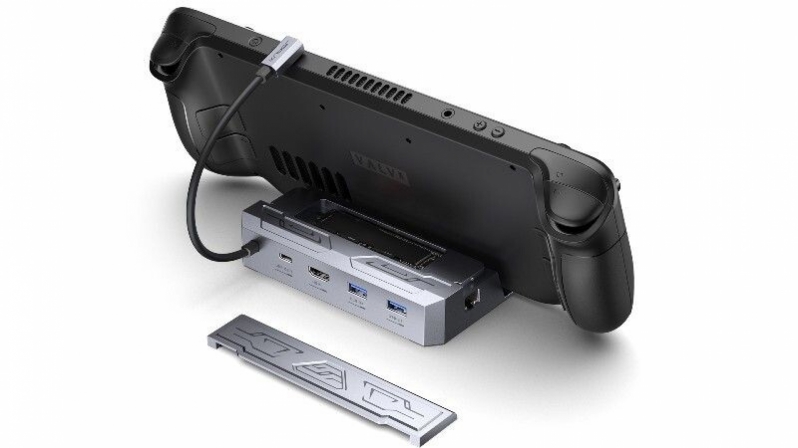 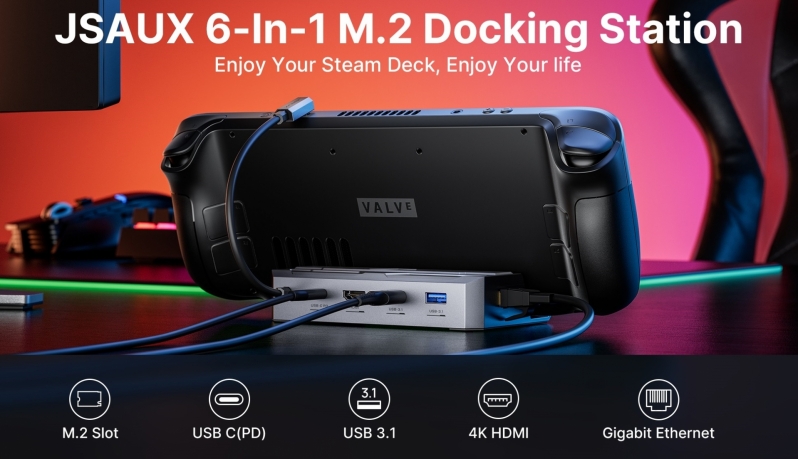 Besides the M.2 SSD slot, that supports NVMe and SATA with a 900 MB/s data transfer, the docking Station features a [email protected] Hz / [email protected] Hz HDMI 2.0 port, 2 USB-A 3.1 ports, 1 Gigabit Ethernet port as well as a USB-C port for power input that allows charging at 100 W, letting the Steam Deck fully recharge while plugged in. The units bundled with SSD storage will feature M.2 2280 units, featuring PCIe Gen 3 8GT/s interface, up to 4 lanes. The SSDs are compliant with NVMe Express Revision 1.4 and support host memory buffer. Both the 1 TB and the 2 TB units offer up to 3300 MB/s read speeds and up to 2600 MB/s write speeds. 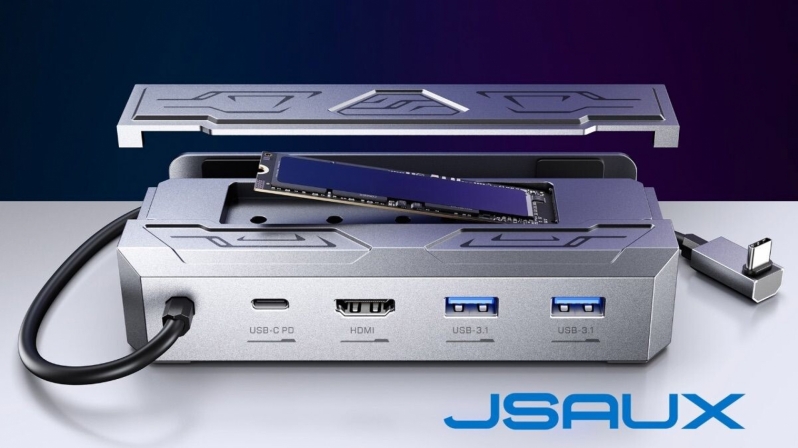 This Docking Station is the third product in this category researched and manufactured for JSAUX in just a few months. After the well-received first generation of the gadget, the R&D team at the Chinese manufacturer has worked to offer incremental upgrades to its flagship product. All its Docking Stations are compatible with iPads and Android phones with USB-C ports. JSAUX also plans to unveil new products for Apple and Oculus devices that will be available between September and October.

- 6-in-1 Docking Station for Steam Deck. Equipped with an HDMI [email protected] Hz / [email protected] Hz output, a Gigabit LAN Ethernet input, a USB-C port for charging, and two USB-A 3.1 ports, letting you explore a new way to play with Steam Deck.
- The M.2 SSD slot supports NVMe and SATA (900 MB/s Data Transfer) so you can upgrade your Deck's storage when playing on a big screen.
- It comes with a [email protected] Hz / [email protected] Hz HDMI 2.0 output When it's connected to an external 4K monitor, it provides a sharper and smoother visual experience, so you can enjoy the visual feast on your games.
- Full charging speed for your Steam Deck. The JSAUX Steam Deck docking station supports 100 W max. power delivery, which is enough power to charge your Steam Deck at full speed (45 W) when paired with the original charger.
- The JSAUX all-in-1 Steam Deck docking station blends hub and stand together perfectly, so you can keep your desktop neat and organised.
- It is also compatible with iPads and Android phones with USB-C ports.

You can join the discussion on JSAUX's new Steam Deck Docking solution on the OC3D Forums.