This liquid-cooled PlayStation 5 design requires the system's optical drive to be abandoned, though it remains to be seen whether the add-on will be retained for future water-cooled PS5 designs.

Using liquid cooling allowed Nhenhophach to create a custom PlayStation 5 system that looks unique and has plenty of room for customisation. With the system being smaller than Sony's standard PlayStation 5, the system has more room for decorative plates, custom lighting and other add-ons.

While this new PlayStation system's thermals cannot be measured accurately, the liquid temperature and smooth performance of this modified system show that the system is stable and has plenty of thermal headroom. Coolant temperatures and backplate temperatures are not overly warm, making this modding project a huge success. Sadly, precise thermal information about this system was not provided to us. 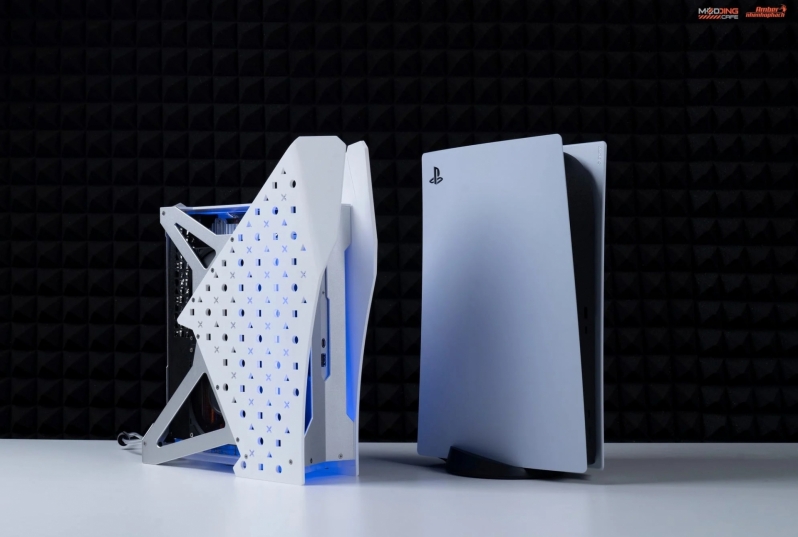 From the rear, this custom PlayStation 5 console looks a lot like a liquid-cooled gaming PC. The design of this cooling system is similar to liquid cooling CPU/motherboard monoblocks, which makes sense given the PlayStation 5's motherboard design.

At this time, it is unknown how much custom liquid-cooled PlayStation 5 consoles will cost when they are made available to purchase. It is also unknown if Nhenhophach's design will be made available in kit form or exclusively as completed systems. 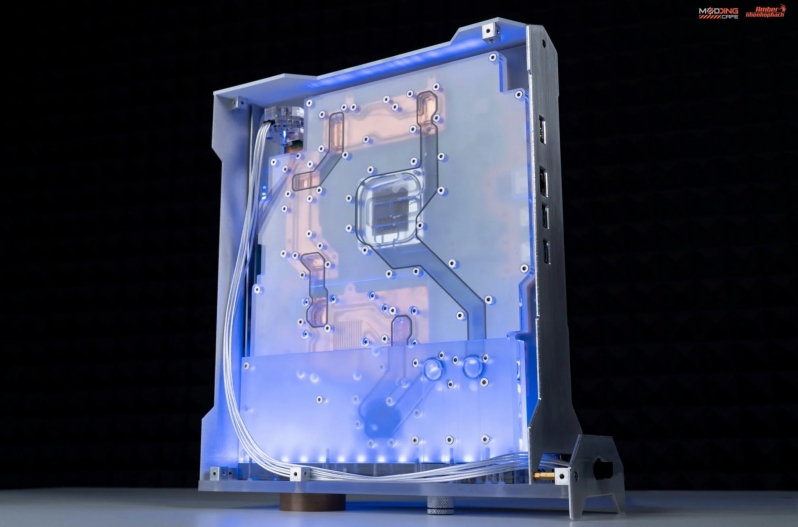 You can join the discussion on the world's first liquid-cooled PlayStation 5 console on the OC3D Forums. 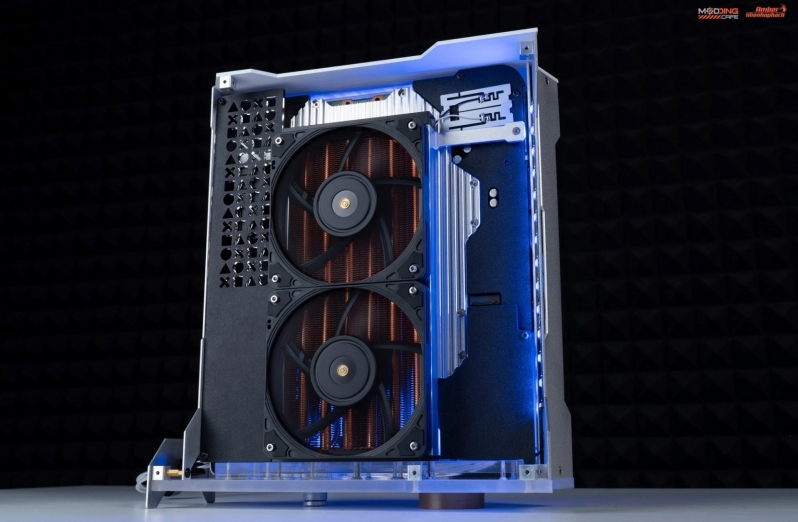