Ready to grab a bargain?

Have a look at MSI's Black Friday offers

Black Friday will soon be upon us, and MSI has already prepared for us a list of deals that they will be offering PC builders. These offers will include GPUs, motherboards, cases, monitors and more, and those who register eligible products will have a chance of winning some high-end prizes.

to learn more about MSI's Black Friday deals, please follow this link. Below we have detailed some of our favourite deals from MSI's list of Black Friday offers.

If you buy an MSI product on Black Friday from an eligible retailer, you will be given a chance to win a prize from MSI from their Black Friday raffle. PC builders can enter this raffle between November 10th and November 30th, and MSI's prizes include an RTX 40-80 16GB Gaming X TRIO, and Optix 4K 144Hz gaming monitor, Steam vouchers, SSDs, and other prizes. For more details, follow this link. 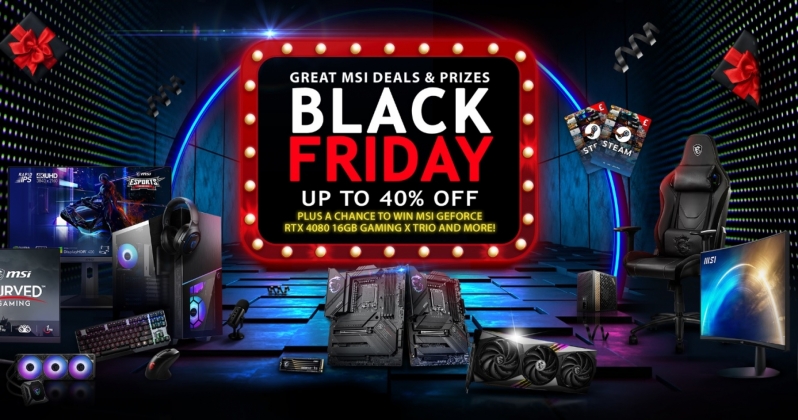 You can join the discussion on MSI's Black Friday offers on the OC3D Forums.