Will the Switch eventually outsell the Wii and PS2?

Compared to portable gaming systems, the Switch is Nintendo's third most popular gaming handheld, with the Nintendo DS family (not including 3DS systems) selling 154 million units during its life cycle. In comparison, the Game Boy Advance sold 81.51 million units. Nintendo's Switch is due to outsell the Gameboy Advance series within the next quarter, with the Switch being unlikely to catch up to Nintendo's DS lineup.

Nintendo's Switch console has proved to be a massive success for the company, so much so that it may become more popular than the company's Wii system. That said, the console is unlikely to outsell systems like the PS2 and Nintendo's DS family, as these feats would require Nintendo to almost double their console sales. While this is not impossible, it is unlikely.

The Switch single-handedly saved Nintendo from stagnation, following the company's unsuccessful Wii U system to merge their handheld and home gaming platforms into a single, versatile hybrid. While the console is less powerful than its peers, Nintendo has proven once again that power isn't everything, though the arrival of PS5 and Xbox Series systems will have some Nintendo fans looking for a Switch successor. 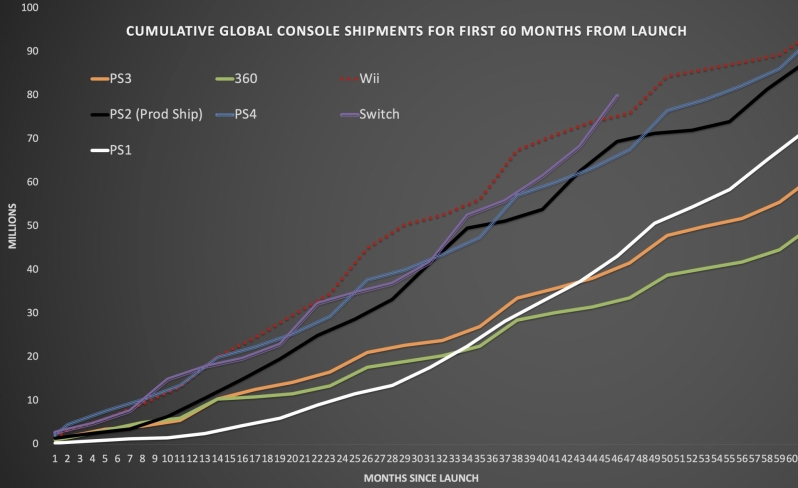 You can join the discussion Nintendo's Switch becoming one of Nintendo's most popular gaming systems on the OC3D Forums. 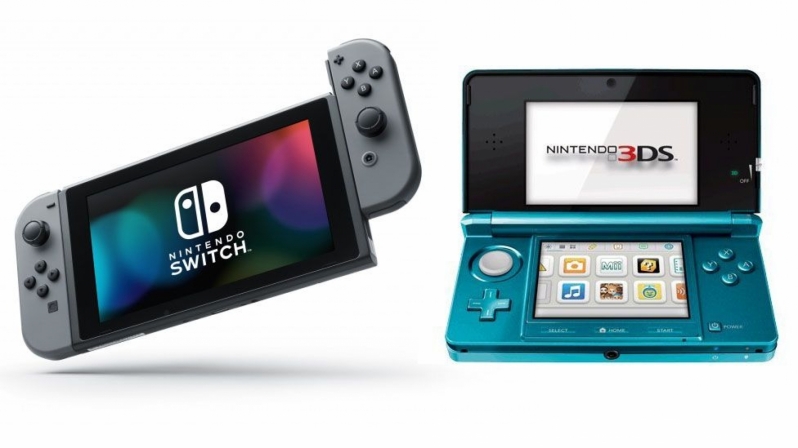 ET3D
I find it interesting seeing the yearly cycles on the graph. The Wii launched in November and the Switch in March, so there's an offset in the upticks on the graph. 46 months after release the Switch just passed the end of years sales period, while the Wii will only be getting into it. So the comparison of sales is a little problematic.

It seems from this like launching early in the year is a good way to get a little more sales in the long run. Launches tend to be limited by supply anyway, so releasing during the holiday season doesn't really provide more sales. Better launch early, then by the time the holidays hit production has settled and the total sales over the first year are higher.Quote
Reply