The Pirate Bay went offline worldwide yesterday after Swedish police carried out a raid seizing servers, PCs and other equipment. At the same time several other torrenting or related sites have also went offline.

Below is a statement from Swedish police saying that they had conducted a raid on a Server room in Stockholm as part of an operation to protect intellectual property.

“There has been a crackdown on a server room in Greater Stockholm. This is in connection with violations of copyright law,” said Paul Pintér, national coordinator for IP enforcement. 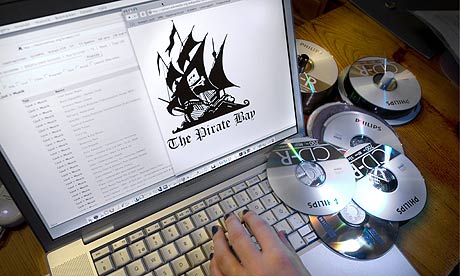 This comes one month after a Lawsuit from several copyright holders filed a lawsuit against Swedish ISP B2 in order to block the site on their network.

At this point the future of the pirate bay in up in the air, nobody can say for certain what will or can happen from here. It is very likely that the Pirate Bay will return at some point, it always has before, but it is expected that the site will be down for longer than usual.

Join the discussion on the Pirate Bay Going Offline on the OC3D Forums.

Kushiro
saw the reports this morning, unfortunately they arent gone for good.Quote

barnsley
You'll never kill The Pirate Bay. Why even try?Quote

ShaunB-91
So these includes all proxy sites (not sure how they work, guessing they are the same site)?Quote
Reply