Greenidge Generation is eying a 'Carbon Neutral' future, but is this possible?

Across the world, many fossil-fuel power plants are closing down as renewable energy sources have taken hold within many of the world's power grids. That said, the growing demand for power for Cryptocurrency generation has allowed some fossil-fuel plants to get creative, extending the lifespan of otherwise retired power plants to exclusively power cryptocurrency mining operations.

Back in 2011, the Greenidge Generation Plant, a coal-consuming power plant in Dresden, New York, was shut down due to a lack of demand for the facility's energy. In normal times, that would be the end of the story for Greenidge; but the rise of Bitcoin has allowed the facility to not only re-open but aim for a "carbon neutral" future.

How has Bitcoin re-opened Greenidge?

Bitcoin's value has skyrocketed, and the network behind the cryptocurrency requires a lot of computational horsepower to operate. Each Bitcoin transaction is added to the cryptocurrency network and needs to be logged and verified. Over time, this digital log of transactions has gotten larger, and so has the computational resources required to keep the whole operation afloat. Those who dedicated hardware to keeping the network operation, so-called "Bitcoin miners, " need a lot of power to keep their operations running, as the Bitcoin network is only getting more complex.

In 2014, private equity investors purchased the Greenidge power plant. The firm's goal was to transition the site from coal to natural gas, a cleaner fuel that could allow the site to generate power once again. Greenidge Generation Holdings was then created to operate the plant.

Over time, Greenidge Generation has dedicated its power to on-site cryptocurrency mining operations, declaring their business "Carbon Neutral" by using the profits of their mining operation to purchase "carbon offset credits" from the US government. As it stands, Greenidge is a Bitcoin mining operation that owns its own power plant, not a traditional power plant. They create their own demand for power, not the local power grid.

One of the primary concerns of cryptocurrency miners is the price and availability of power. Lower energy prices increase their profitability, and high power availability allows miners to operate more systems within their crypromining operations. Greenidge has solved both problems by generating their own power, allowing them to control their electricity supply and control the costs of power generation.

How can this mining operation be carbon neutral?

Let's be clear here, as it stands, Greenridge produces a lot of power using natural gas. As such, the plant generates a lot of greenhouse gasses and is directly contributing to global warming.

The money used to purchase these carbon offset credits are used to fund green projects and renewable energy projects. While this is a good thing, it doesn't do anything about the carbon that Greenidge is producing now or the hot water that they are pumping into local lakes. While Greenidge can call their operations "Carbon Neutral", they are still a large producer of greenhouse gasses. 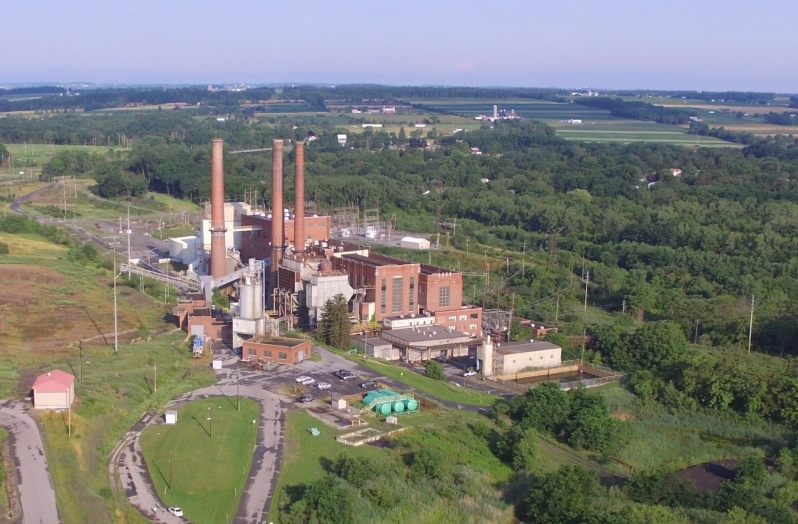 Greenridge Generation is expanding, announcing last month that they plan to start "transaction processing operations" (a polite term of cryptocurrency mining) in South California using energy that is "mainly from zero-carbon sources". Beyond that, the company announced yesterday that they plan to invest the profits from their New York facility into a 5MW solar project, using reclaimed land that was formerly a coal ash landfill site for the Greenidge power plant.

To create their solar farm, Greenidge plans to speed up the closure of the Lockwood Hills landfill in Dresden, New York, and make the site safe for green power generation. At this time, it seems likely that the power from Greenidge's planned solar farm will be used to mine cryptocurrencies. 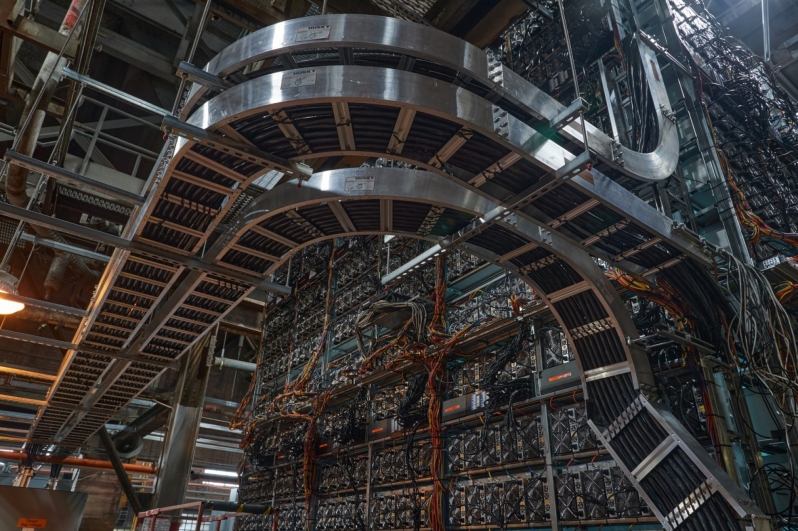 The Bitcoin network requires a lot of power to operate. While proponents of cryptocurrencies argue that financial and environmental pressures will force cryptocurrency operations to invest in green energy, the reality is that many cryptocurrency mining operations rely on power that's generated by fossil fuels.

As it stands, cryptocurrency mining, or "transaction processing operations", as Greenidge calls it, generates a lot of greenhouse gasses. In the case of Greenidge, we can see the generation of these gasses directly. While Greenidge has invested in becoming "carbon neutral" and is making investments in zero-carbon power, they have still generated tons of greenhouse gasses that otherwise would not be in our world's atmosphere.

One of the primary reasons that Tesla stopped taking payments through Bitcoin earlier this year was Bitcoin's environmental impact. Until the ecological impact of cryptocurrencies diminishes, this will remain a criticism of all cryptocurrencies.

Without Bitcoin, the Greenidge power plant would likely have stayed closed. Arguably, it should have stayed closed. Sadly, it looks like other Bitcoin mining operations are already investing in disused power plants, some of which are fueled by coal, one of the dirtiest fuels available. Even if Greenidge Generation cleans up its power generation, some others won't.

You can join the discussion on fossil-fuel power plans re-opening to power cryptocurrency mining on the OC3D Forums.

grec
It's probably worth noting that the natural gas they're using is significantly cleaner and greener than the oil and coal energy production that plant was apparently previously used for, natural gas being quite useful transitional green power source tech as it's both much cleaner than traditional fossil fuels(Especially if Biomethane), and easily converted to hydrogen as the infrastructure comes online in many countries in the coming years.

Still though the power use of Bitcoin highlights the need for more cryptocurrencies to move beyond the old PoW approach, it's hard to see Bitcoins value holding if the slow moving giant can't or won't adopt quickly enough to the modern developments or needs of the technology, we now have hard data showing PoS can cut power use by 99.9%, it definitely has wider complexities but the now wide range of implementations means it's no longer unproven or speculative tech.Quote
Reply