Prusa is one of the biggest names in the world of 3D printing, and to celebrate the release of Cyberpunk 2077 they created an official set of custom models for their users to create a Cyberpunk themed Prusa MK3S/MK3S+ printer.

All of the models for Prusa's Cyberpunk 2077 mod kit is available to download on the Prusa Printers website, allowing anyone to replicate their custom design. Thus far, only three of these custom Cyberpunk 3D printers have been produced, all of which feature custom components, paint jobs and lighting.

Every aspect of the Prusa MK3S+ has received a visual overhaul with this mod, creating a 3D printer with remains as functional as a stock model while presenting users with an appealing aesthetic that matches that of Cyberpunk 2077.

Below is a comment from Prusa Printers regarding this custom Cyberpunk 2077 project.

I think it will come as no surprise when I say that many of us here at Prusa Research are not just technology geeks - we’re avid gamers as well. And many of us were eagerly awaiting the arrival of CD Projekt RED’s latest release: Cyberpunk 2077. And because we love to tinker and dive deep into all sorts of crazy cool projects, it didn’t take long before somebody suggested a cyberpunk-themed 3D printer... And this is what happened next. :)

You can join the discussion on Prusa's official Cyberpunk 2077 MK3S+ 3D printer mod on the OC3D Forums. 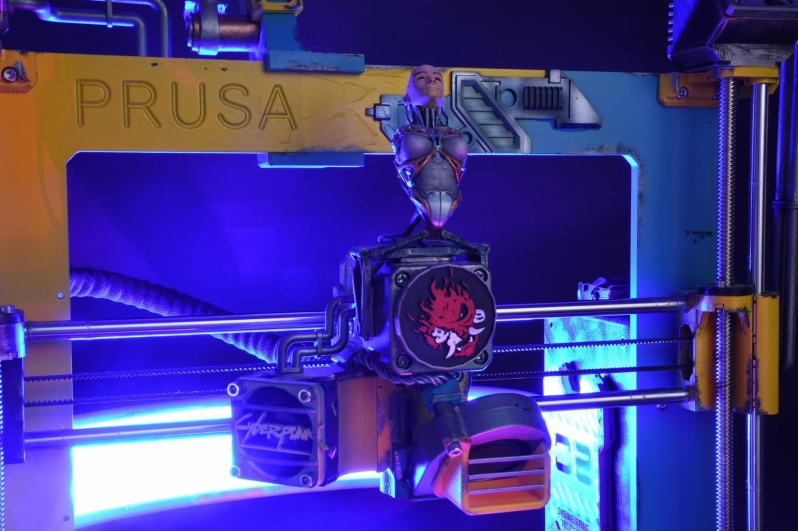