Sega has officially confirmed that their Mega Drive Mini console will not be released in 2018, pushing the release of the classic console remake until 2019.

According to a statement from SEGA (Link), the company has delayed the console due to larger than expected interest from overseas customers. This interest has caused SEGA to work on improving their Mini hardware on the software-level and review their designs further to "satisfy all Sega fans" (translation).

With this delay, SEGA plans to release their new Mega Drive Mini console globally with a single release date, bringing the North American, European and Japanise markets Mini models which better match their local console variants. North American buyers will receive a Sega Genesis Mini, while European buyers will get a Sega Mega Drive Mini. This mirrors Nintendo's SNES Classic Mini, which launched with different enclosures based on the region it is purchased from. 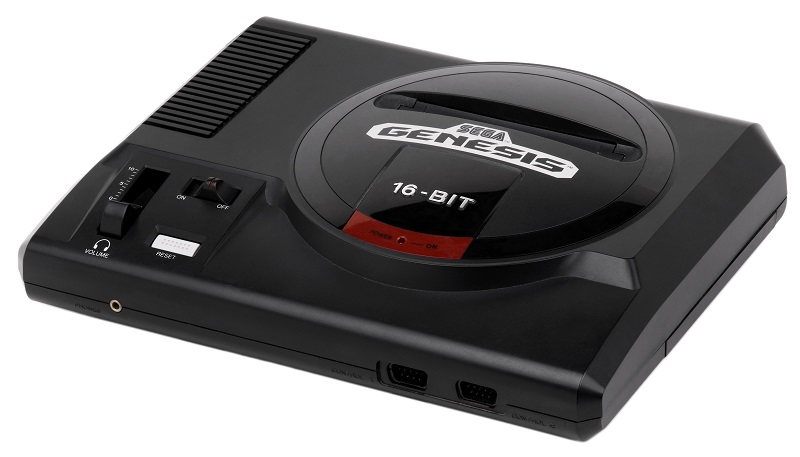 (The images in this article are of original hardware, not the SEGA Genesis/Mega Drive Mini)

Earlier today, Sony announced their PlayStation Classic console, a remake of the company's first games console, which will ship later his year with two controllers and 20 games.  More information about this console is available here.

You can join the discussion on SEGA delaying their Mega Drive/Genesis mini consoles until 2019 on the OC3D Forums.

Darkdayzzz
So.....when are we going to get a classic system that has actual length cables?

Barely a 3 foot long cable is NOT going to be good enough, and if that photo is anything to go by it will be shorter then that.

The miniNES has a terribly short cable for the controllers as well....it cant be that hard to make the cords longer.Quote

Daiyus
Quote:
Or use Bluetooth. The idea of wired controllers these days is just daft, especially for a living room environment. I get the nostalgia element but surely these types of systems can evoke that without an annoying trip hazard.Quote

WYP
Quote:
Just for clarification, but the images in the article are not from Mini consoles, but of the original hardware. The cable just looks short because it is a PR-style image. We don't know how long the cables are yet.

dwatterworth
Wouldn't that be brilliant if they just used a pinout adapter so you could use USB extensions?
Probably easy enough to make the ends with a 3D printer with how chunky all the older stuff is!
I had a chuckle with the note about perfecting their hardware...
Both my wife and I still have functioning Sega and Sega Nomad systems and I wanted to say seems like they had it right the first time!
But I know it's featuring emulation as well.Quote

Darkdayzzz
Quote:
I figured it was probably a PR image, the cables themselves will still probably be pretty short. I don't sit in front of my TV 2 feet away anymore :P and my eyes thank me for it (terrible as they are lol).

I do agree though - a bluetooth controller like the modern system would be awesome...and it can't be hard to do either. Would probably add a smig more to the overall cost though.Quote
Reply