'to be honest, it happens everywhere' - ASML CEO

Desperate companies are harvesting chips from products to create their own

Desperate times call for desperate measures, and ASML's CEO, Peter Wennick, has confirmed that the chip shortage has forced many manufacturers to harvest chips from other devices to meet demand. During ASML's earnings call, the CEO revealed that a "very large industrial company" was "buying washing machines to rip out the semiconductors" inside. These chips would then be used to create larger industrial products.

Simply put, demand is outstripping supply for many semiconductor products, even ASML, the Dutch company that creates many of the lithography tools that supports chipmaking giants like TSMC, Samsung and Intel, have found it hard to acquire enough chips. ASML's CEO stated that he would be happy to fulfil 60% of the orders that the company recieved this year. The semiconductor industry is silicon starved.

In the statement below, Wennick confirmed that chip harvesting "happens everywhere". If an incredibly expensive product needs a specific chip to be manufactured, it is worthwhile for companies to harvest that chip from another product and reuse it. If there is profit to be made by doing that; that's what will happen.

I met the executive of a very large industrial company, a conglomerate, last week, and actually they told me that they're buying washing machines to rip out the semiconductors to put them in industrial modules. I mean, that's happening these days,"

"Now you could say that's an anecdote but to be honest it happens everywhere. It is 15, 20, 25-year-old semiconductor technology that is now being used everywhere… driven by IoT type applications. 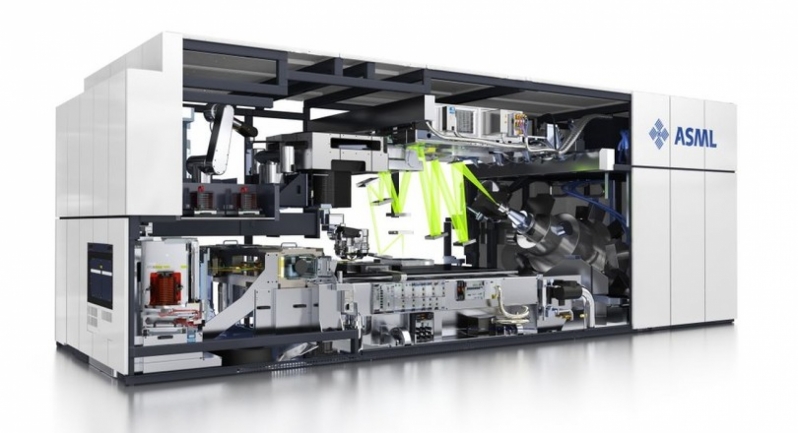 In Q1 2022, ASML's revenue was €3.41 billion and the company made €1.331 billion in profit. ASML's machines are in high demand, and at this time ASML expects to struggle to keep up with demand this year and throughout 2023.

You can join the discussion on manufacturers harvesting semiconductors from washing machines amid chip shortages on the OC3D Forums.

Peace Đ
Yup, I've heard this even from Daimler Benz as well.Quote
Reply