This case is also wall mountable

SilverStone has officially revealed its new PI02 enclosure for Raspberry Pi 4B systems, offering these mini PCs the protection of a full aluminium enclosure as well as the improved heat dissipation offered by passive heatsinks.

With the PI02, SilverStone Tek allows users of the Raspberry Pi to wall mount their systems and benefit from lower thermals under sustained loads. SilverStone has quoted SOC temperatures that are often 10-degrees lower than a standard Raspberry Pi 4. Not bad for a passive heatsink design.

The PI02 also offers users dedicated cutouts for all ports on the Raspberry Pi 4B models and includes additional cutouts to support a WiFi Antenna and devices connected via GPIO ports.

Dedicated heatsinks are provided by the Raspberry Pi 4's main SOC and USB 3.0 controller, providing dedicated cooling to the unit's most power-hungry components. This heat is then transferred to the aluminium shell of the PI02, keeping the unit cool without active cooling. The enclosure measures in at 94.2 mm x 33.7 mm x 65 mm (WxHxD), and weighs 116 grams.

SilverStone has also confirmed that this case is wall mountable, allowing users to mount their Raspberry Pi 4 almost anywhere. Sadly, SilverStone has not revealed the pricing of this unit, though they are expected to arrive at retailers soon. 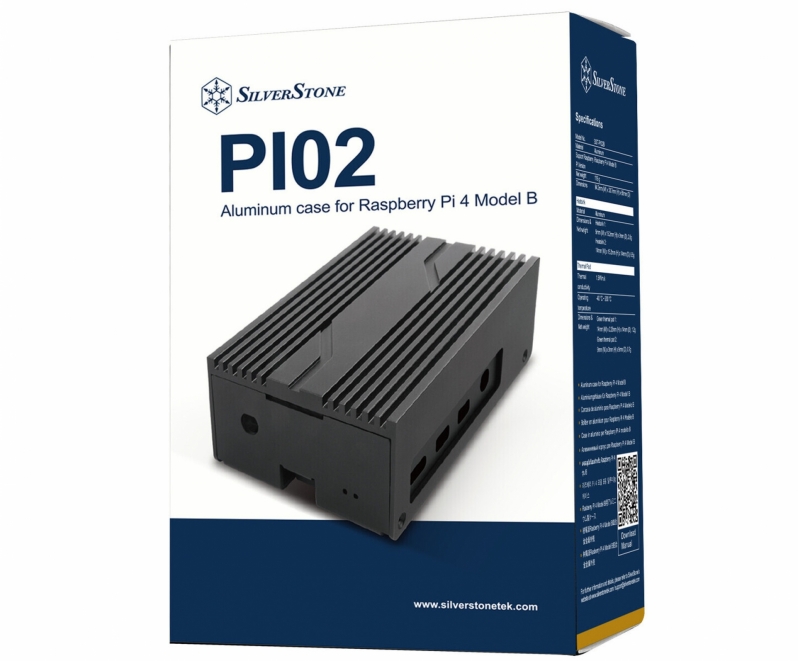 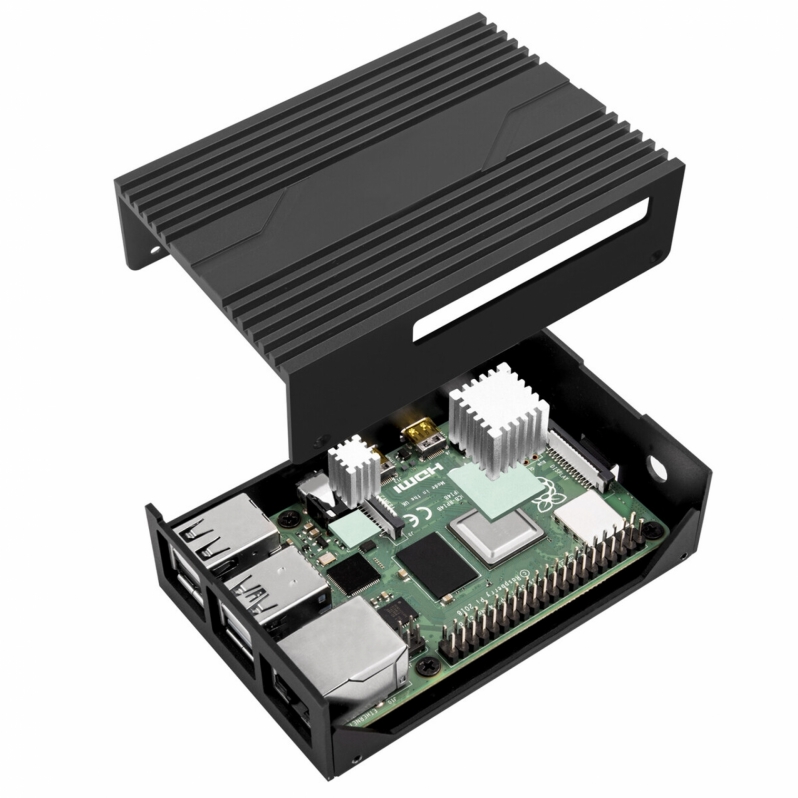 You can join the discussion on SilverStone Tek's PI02 case for the Raspberry Pi 4B on the OC3D Forums.

Dicehunter
Love Silverstones designs, Really cannot wait for their new Raven either late this year or early next year

hmmblah
Neat design, never hurts to have more players in the game. It's really hard to find a pi case that allows for a poe hat and has proper venting with fan supports. This is more of the same that's already available, but higher quality than some of the junk out there.Quote
Reply