The energy used to create cryptocurrencies could be better spent elsewhere

"Proof of Work" Cryptocurrencies are too "Energy-Intensive" - Says Swedish Authorities

Sweden's power grid is getting hammered by cryptocurrency miners, who have moved to the nation because of its supply of cheap and plentiful power. Between April and August of this year, energy consumption due to cryptocurrency mining has risen by "several hundred percent", equivalent to around 200,000 households in the country. This data comes from representatives of the Swedish Environmental Protection Agency.

Sweden's increased power demand due to cryptocurrency mining is threatening Sweden's ability to meet its obligations under the Paris Climate Agreement, and other nations with cheap power are undoubtedly facing similar issues.

With China cracking down on cryptocurrencies and cryptocurrency mining, many miners have moved their operations to the Nordic countries. This is placing strain on Sweden's power grid and is preventing the nation from decreasing its use of non-renewable power. Sweden's renewable energy is getting diverted away from industrial, transport and other domestic users and into cryptocurrencies like Bitcoin and Ethereum. Swedish regulators want this to stop. 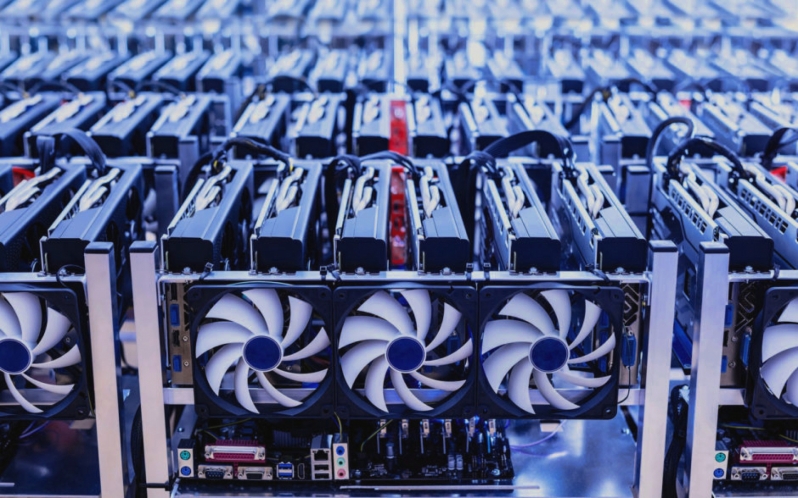 What is "Proof of Work"

The "Proof of Work" system behind most modern cryptocurrencies is unsustainable, but why? The simple fact of the matter is that they will inevitably consume incredible amounts of power to sustain themselves, with Bitcoin being a prime example of this.

Proof of Work systems require computers to solve complex mathematical problems to validate transactions on cryptocurrency networks. These calculations get more difficult as more transactions as more blocks are validated, and new transactions are made. This means that more computational horsepower, and energy, is required to keep these proof of work networks operational over time.

Swedish regulators have claimed that an electric car can travel 1.8 million miles, or 44 laps around the world, using the same energy that is consumed to create a single Bitcoin. Every day, around 900 bitcoins are mined/created. Sweden states that this is a poor use of renewable energy.

Why Proof of Work Cryptocurrency Mining Needs to be Stopped

Stopping Proof of Work cryptocurrency mining would not only prevent a lot of electricity use, but it will also prevent a lot of future electronics waste and alleviate some of the strain that the semiconductor industry is under.

China has declared cryptocurrencies illegal, and perhaps it is time for Europe and the world to start considering similar actions.

You can join the discussion on Swedish regulators calling on the EU to ban Proof of Work cryptocurrencies on the OC3D Forums.

Dark NighT
Yes this needs to be banned as soon as possible in my opinion.Quote

dazbobaby
I'm sure GPU manufacturers wouldn't like this, but gamers would.


But that waste. Wow. I thought mining bitcoin was a complete waste anyway, given how much energy is consumed to mine one coin.


Or does it sound like central banks being scared of currencies they have zero control over?Quote

Dark NighT
Quote:
No it isnt just banks having a panic, the energy consumption is just to high, and in the end we as consumers pay more for our bills just so people can get "rich" with a very highly unstable currency.Quote

NeverBackDown
Bitcoin uses less than half the energy usage banks consume around the world all while being more secure and decentralized. Bitcoin is already adopting tech to reduce consumption significantly without going to a proof of stake model(not that it would be possible to change to mid chain) and while it will consume more than Etherum still, will dramatically be less than now while still maintaining its security and resilience to chain modification.

Its more of banks being scared than anything. Most of the mining is taking place in select regions of the world. That's the only reason it is an issue. Scare people into what it does to the earth, try to regulate it to appear as the good guys, world governments have another source of income. Seems about right. Its just being used as a gateway for all crypto is bad lets govern it when in reality if we all adopted Etherum in that case they no longer have any valid arguments against crypto.Quote
Reply