Tesla has officially renamed their EV (Electric Vehicle) charging connector the "North American Charging Standard" (NACS), opening up the standard to be used by other EV manufacturers. With this move, Tesla hopes that their power connector will become an industry standard, increasing the utility of the company's Supercharger network and Destination charging facilities.

The North American Power Standard debuted in 2012 with the release of the Tesla Model S, though at the time the charging connector was simply known as a Tesla charger. Now Tesla wants their charging standard to be used by other EV charging companies and other automobile manufacturers, hoping to replace the more commonly used CCS power standard.

At this time, no charging companies or automobile manufacturers have confirmed that they plan to utilise Tesla's opened up NACS charging standard, and it is possible that none of Tesla's rivals plan to adopt their power connector. Variants of the CCS power standard have become dominant within the EV charging market in both the US and Europe, though Tesla's charger design does have its perks.

With more than a decade of use and 20 billion EV charging miles to its name, the Tesla charging connector is the most proven in North America, offering AC charging and up to 1 MW DC charging in one slim package. It has no moving parts, is half the size, and twice as powerful as Combined Charging System (CCS) connectors.

In pursuit of our mission to accelerate the world’s transition to sustainable energy, today we are opening our EV connector design to the world. We invite charging network operators and vehicle manufacturers to put the Tesla charging connector and charge port, now called the North American Charging Standard (NACS), on their equipment and vehicles. NACS is the most common charging standard in North America: NACS vehicles outnumber CCS two-to-one, and Tesla's Supercharging network has 60% more NACS posts than all the CCS-equipped networks combined.

Network operators already have plans in motion to incorporate NACS at their chargers, so Tesla owners can look forward to charging at other networks without adapters. Similarly, we look forward to future electric vehicles incorporating the NACS design and charging at Tesla’s North American Supercharging and Destination Charging networks.

As a purely electrical and mechanical interface agnostic to use case and communication protocol, NACS is straightforward to adopt. The design and specification files are available for download, and we are actively working with relevant standards bodies to codify Tesla’s charging connector as a public standard. Enjoy. 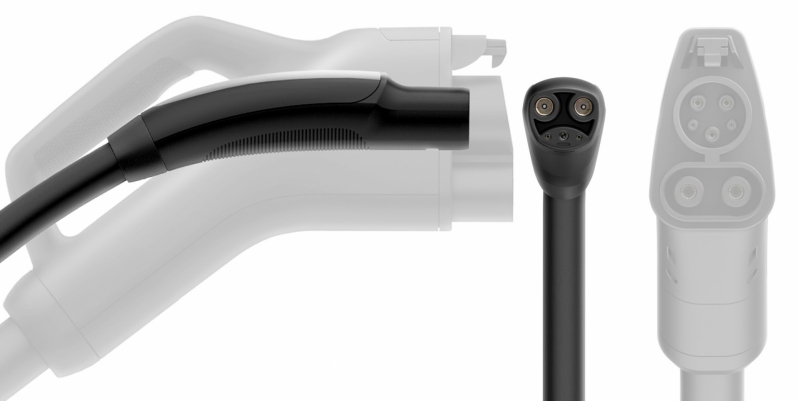 Recently, Tesla has started to allow non-Tesla vehicles to he charged at their Supercharger stations across the US, allowing EV users to utilise adaptors to charge their vehicles. In effect, Tesla's move this week is designed to remove the need for charger adaptors with future electric vehicles. Beyond that, if Tesla's NICS standard becomes mainstream, Tesla will have a head start over their competitors thanks to their pre-existing Supercharger network of compatible charging stations.

You can join the discussion on Tesla opening up their NACS EV charging standard on the OC3D Forums.

NeverBackDown
I like the idea of one standard. I do not however want the government to fund it, ie the taxpayers ie me.Quote

dazbobaby
Why? Because there are, IIRC 7-8 different chargers and ports.
Some are cross-compatible, but most aren't.


So it costs the customer more money to buy adapters, and these things aren't cheap.
Some cars come with them, but you're still paying for them.


Then you have the charge station that can only accommodate one or two alternatives.


Hell, some charge stations are AC, and others DC.


It does need sorting out.


I used to have a Nissan Leaf 30KW accenta (old style). Best vehicle I ever drove, and I drove quite a few (also Class 1 for 10+ years, Scania, Mercedes, Iveco, Renault, Volvo, MAN, DAF, Foden, manual, auto, semi-auto, crash boxes. I drove them all).Quote

AngryGoldfish
Quote:
Are you a lorry driver? Hope that's OK to ask.Quote

dazbobaby
Quote:
Not any more, I still have the licence, but I don't drive now.Quote
Reply