Instead of taking steps to tackle the nations cost of living crisis, the Chancellor of the Exchequer, Rishi Sunak, has asked the Royal Mint to issue and an NFT this summer. This arrives as part of the UK's plan to make the UK a "global cryptoasset technology hub", expanding upon the success of the nation's existing financial infrastructure.

Part of these plans will include the recognition of so-called "stablecoins" as a valid form of payment in the UK, embracing cryptocurrencies in the wider UK economy. This news comes following widespread criticisms of the government's attempts to tackle the cost of living crisis, which has already seen Rishi Sunak's popularity slide to new lows.

Within the government's press release, which is included below, the government has discussed "exploring ways of enhancing the competitiveness of the UK tax system to encourage further development of the cryptoasset market," From the sounds of it, the government wants to reduce taxes for would-be crypto-bankers so that they will be encourages to set up shop within the UK. While it is not worded as such, I am sure that those facing high energy costs will be glad to know that the crypto crowd could be receiving tax cuts while the masses face the highest tax burden the UK public has seen in decades.

If you are a regular reader here, you will know that we are not a fan of NFTs. We have discussed before how the crypto market is currently filled with scammers and con artists. To say the least, we are disappointed that the Royal Mint will be creating NFTs later this year, opening the door to more national cryptoassets. When companies have created NFTs, we have often called them blatant cast-grabs. It is hard to see the government's NFT plan as anything different. Will it be long before the crown jewels will be made into an NFT?

Instead of jumping on the NFT bandwaggon, why isn't the government doing something to tackle cryptoscammers? While we appreciate the government's desire to "ensure financial stability and high regulatory standards" within the cryptoasset market, surely we need legislation before the Royal Mint starts creating its own cryptoassets. In short, we are not pleased by the government's decision to create cryptoassets. As it stands, Sunak is legitimising a marketplace that is filled with too much fraud and theft to receive support.

Below is the UK Government's Press Release on their Global Cryptoasset plans. 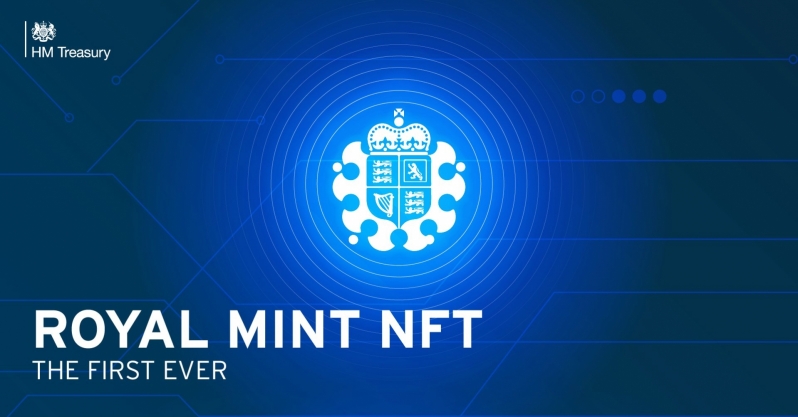 The government has today announced moves that will see stablecoins recognised as a valid form of payment as part of wider plans to make Britain a global hub for cryptoasset technology and investment.

- Stablecoins to be brought within regulation paving their way for use in the UK as a recognised form of payment.
- Announcement part of a series of measures to make the UK a global hub for cryptoasset technology and investment.
- Measures include legislating for a ‘financial market infrastructure sandbox’ to help firms innovate, an FCA-led ‘CryptoSprint’, working with the Royal Mint on an NFT, and an engagement group to work more closely with industry.

This is part of a package of measures to ensure the UK financial services sector remains at the cutting edge of technology, attracting investment and jobs and widening consumer choice. It includes:

- Introducing a ‘financial market infrastructure sandbox’ to enable firms to experiment and innovate,
- Establishing a Cryptoasset Engagement Group to work more closely with the industry,
- Exploring ways of enhancing the competitiveness of the UK tax system to encourage further development of the cryptoasset market,
- And working with the Royal Mint on a Non-Fungible Token (NFT) this summer as an emblem of the forward-looking approach the UK is determined to take

"It’s my ambition to make the UK a global hub for cryptoasset technology, and the measures we’ve outlined today will help to ensure firms can invest, innovate and scale up in this country."

"We want to see the businesses of tomorrow – and the jobs they create - here in the UK, and by regulating effectively we can give them the confidence they need to think and invest long-term."

"This is part of our plan to ensure the UK financial services industry is always at the forefront of technology and innovation."

Stablecoins are a form of cryptoasset that are typically pegged to a fiat currency such as the dollar and are intended to maintain a stable value. With appropriate regulation, they could provide a more efficient means of payment and widen consumer choice.

The government intends to legislate to bring stablecoins – where used as a means of payment – within the payments regulatory perimeter, creating conditions for stablecoins issuers and service providers to operate and invest in the UK.

By recognising the potential of this technology and regulating it now, the government can ensure financial stability and high regulatory standards so that these new technologies can ultimately be used both reliably and safely.

The UK’s vision for being a global hub for cryptoasset technology was set out in a speech by the Economic Secretary to the Treasury, John Glen at the Innovate Finance Global Summit today.

He also announced that the UK will proactively explore the potentially transformative benefits of Distributed Ledger Technology (DLT) in UK financial markets, which enables data to be synchronized and shared in a decentralised way to potentially achieve greater efficiency, transparency and resilience.

The government will legislate to establish a financial market infrastructure (FMI) ’Sandbox’ that will enable firms to experiment and innovate in providing the infrastructure services that underpin markets, in particular by enabling Distributed Ledger Technology to be tested. The government further confirmed that it will initiate a research programme to explore the feasibility and potential benefits of using DLT for sovereign debt instruments.

John Glen also confirmed that the government will consult on wider regulation of the cryptoasset sector later this year.

- The UK government will explore ways of enhancing the competitiveness of the UK tax system to encourage further development of the cryptoasset market in the UK. It will review how DeFi loans – where holders of cryptoassets lend them out for a return – are treated for tax purposes. The government will also consult on extending the scope of the Investment Manager Exemption to include cryptoassets.
- The Chancellor has commissioned the Royal Mint to create a Non-Fungible Token this summer.
- The Financial Conduct Authority will hold a two day ‘CryptoSprint’ in May with industry participants, seeking views directly from industry on key issues relating to the development of a future cryptoasset regime.
- The Economic Secretary will establish and chair a Cryptoasset Engagement Group, convening key figures from the regulatory authorities and industry to advise the government on issues facing the cryptoasset sector.

In his Mansion House speech in July 2021, the Chancellor set out his vision for the future of the financial services sector, which included a plan to ensure that the UK remains at the forefront of technology and innovation. This was one of four key components of that vision, with the ultimate aim of building a financial services sector that continues to be one the rest of the world looks towards.

The government launched a consultation on cryptoassets and stablecoins last year and has today published its response setting out the next steps.

You can join the discussion on the British Government's plans to make the UK a "global hub for cryptoasset technology and investment" on the OC3D Forums.

g0ggles1994
UK government pushing something that a lot of people see as a form of money laundering.