The UK's average broadband speed is lower than most of Europe

Germany, Spain, Canada and the US are all ahead of the UK in terms of average broadband speeds

The UK's average broadband speed is lower than most of Europe

In a worldwide broadband test that was conducted by the research group M-Lab it was found that the UK sat at 31st place when it came to average broadband speeds, sitting behind most of its European neighbours and behind both the US and Canada.
M-Lab is a partnership between New America's Open Technology Institute, Google Open Source Research and Princeton University's PlanetLab, who aggregated over 63 million tests that have taken place over a year until May 10th 2017.
The UK came out of this test with average broadband speeds of 16.51Mbps, which is less than half of what was reported by Ofcom in their most recent estimates. This report places the UK ahead of both France and Ireland, who achieved average broadband speeds of 13.43Mbps and 13.92Mbps respectively and behind countries like Germany, Portugal, Spain and Lithuania who achieved average speeds of 18.8Mbps, 21.72Mbps, 19.6Mbps and 25.12Mbps respectively.
Sitting at the top of the leaderboard is Singapore, Sweden and Taiwan, with speeds of 55.13Mbps, 40.16Mbps and 34.4Mbps respectively, all of which offer double the speed of the UK average. 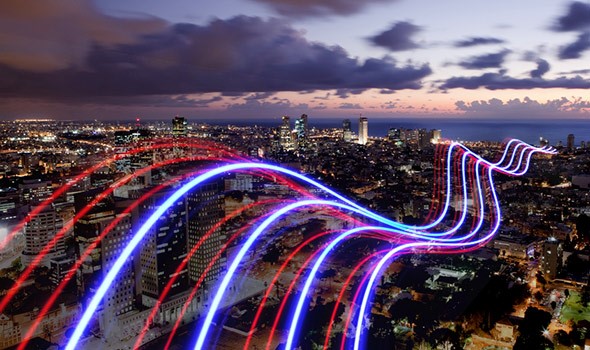 (The Global Broadband leaderboard is available to view here)

This data gives a fresh perspective on how the UK compares to other countries in terms of internet connectivity, showing that while we are near the top of the table that a lot of work needs to be done to push past our rivals in Europe.

As the digital economy continues to grow the UK must be placed in a position to take advantage of it, which means that faster average broadband speeds are a must, not just in our cities but across the nation.

You can join the discussion on the performance of the UK's broadband on the world stage on the OC3D Forums.

Long story short, they should look into the max possible speed/price, not what the 50+ wants to pay for

And i think my buddy in Norwich are more ed by the quality of the line, than by the speed

notcool
Not sure about this Spain has awful Internet speeds. UK/France problem is people are spread out over so many different places. In other parts of Europe most of the population lives in 3 or 4 cities, Finland, Sweden, Norway, Eastern Europe etc.

Myself I barely had an upload speed until about 2012 now it's not too bad. I'm not on Fiber either.Quote

Jamezzz92
My net as its highest is 3.9Mbps upload and download is 0.9 on average and never goes much higher if ever, half the time I struggle watching youtube videos in 720p, and can rarely use my webcam, I live in the North East of the UK if you're wondering.Quote

russler
not really that surprised, internet is bloody expensive and coverage gets worse the more north you go typically.Quote

Emu
Quote:
You are kidding aren't you? The UK has almost triple the population of Australia yet a land mass of about 3% of Australia. I live in the second biggest city in my state with a population of a whole 110k and I can get up to 100/50mbit VDSL2. My brother was living in a small country town with a population of < 500 yet he still had access to the same type of connection.
You could wire up the entire UK with fibre for less then what it would cost us in Australia to wire up a single state...Quote
Reply