TSMC, in collaboration with Broadcom, has enhanced its Chip-on-Wafer-on-Substrate (CoWoS) platform to support the world's first, and largest, 2X Reticle size interposer.

The area of this interposer is 1,700 square millimetres, a feat which allows for the creation of larger multi-die processors that can support up to six HBM2 memory stacks. To put this into context, this allows users of this technology to create chips with up to 96GB of HBM2 memory and bandwidth of up to 2.7 terabytes per second (TBps). This is two times as much bandwidth as TSMC's CoWoS solution from 2016.

Moving forward, processors will continue to increase in complexity through the use of multi-chip technologies, and silicon interposers have a vital place within this landscape. These innovations allow for increased compute and I/O performance alongside other enhancements, beyond that, this solution enables designers to connect their processors with an incredible amount of HBM2 memory, which will be ideal of memory-heavy workloads.

Below is a comment from TSMC's Dr. Douglas Yu, the company's Vice President of Integrated Interconnect & Packaging in the R&D Organization.

TSMC’s ongoing R&D efforts have enabled us to double the size of the CoWoS interposer since this platform was first introduced in 2012, demonstrating our unwavering dedication to continuous innovation,

Our work with Broadcom on CoWoS is an excellent example of how our close collaboration with customers delivers even greater system-level HPC performance. 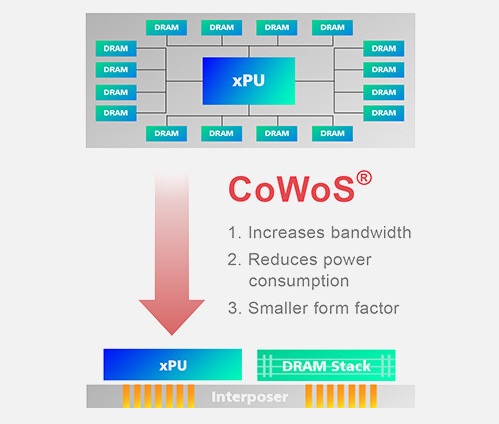 You can join the discussion on TSMC's latest CoWoS innovations on the OC3D Forums.