Starting next year, UK telecoms providers will be banned from purchasing new Huawei 5G equipment thanks to a new government announcement, citing security concerns. Telecoms have also been told to remove all of the Chinese company's 5G technology from their networks by 2027.

This change in policy will disrupt the UK's rollout of 5G infrastructure, though the government believes that this decision is the right one of the nation in the long term.

US sanctions against Huawei have forced the company to part ways with chipmakers like TSMC and transition away from restricted technologies. These changes will for Huawei to utilise more Chinese-made technology in their products, which has, in turn, raised concerns regarding the quality and security of the company's future products.

The government believes that there is no need to remove existing Huawei 2G, 3G and 4G equipment at this time, as Huawei's new restrictions only apply to the company's 5G equipment and future products. New restrictions will also be applied to new Huawei broadband infrastructure.

Over the next two years, the government expects operators to stop purchasing new Hauwei broadband equipment. This two year transition period is designed to prevent the UK from becoming overly reliant on single suppliers, such as Nokia.

While security is a major reason behind these new changes, political considerations could also be a factor in the government's decision, as the UK's planned trade deal with the US will have a major impact on the UK's future. China's recent treatment of Hong Kong has also strained the nation's relations with the UK. 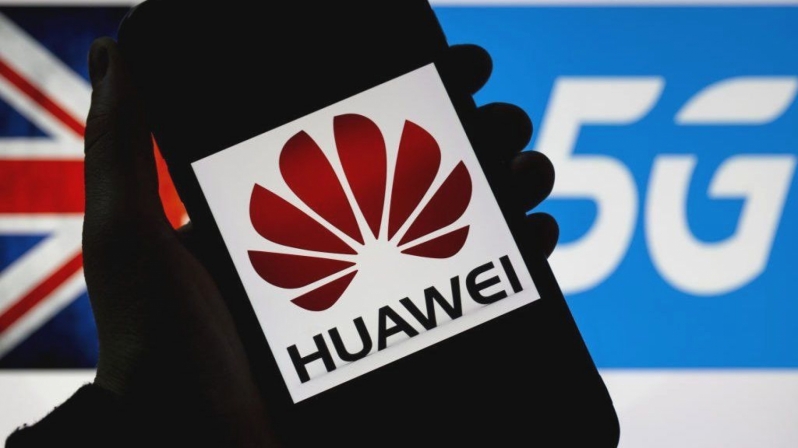 You can join the discussion on UK mobile providers being told to remove Huawei's 5G equipment by 2027 on the OC3D Forums.

Warchild
Its awful it comes to this. We just abandoned Huawei because of Trump... and their 5G network wipes the floor with all others. Ericsson core has nothing on Huawei's technology features.Quote

Pile on top that security firms have found many security risks with various Huawei devices and it's no wonder why many don't want them in the vicinity.

Is Huawei's tech good ? Yeah it's brilliant, But their ties with the CCP makes them a no go for anyone concerned with privacy.Quote

tgrech
Quote:
The risk and reasoning here has nothing to do with Huawei-developed tech, it's to do with potential risks of tech Huawei buys from other Chinese companies. UK govt and most security agencies still believe there is no risk from Huawei themselves, or the ICs they directly develop.

Of course, even if they were affiliated with a government(Not much conclusive evidence for that here mind) that alone would not be a security risk, for example a significant portion of tech sold by US private firms was developed by the US state through programs like DARPA, such as most older wireless communication tech being derived from US military tech. The risk would have to come from either finding vulnerabilities/back doors/ect, finding cases of obvious industrial espionage that would imply the former exists, or finding clear intentions and motives of the former.

(And it's not like people aren't looking for these, no doubt many governments and agencies have invested a lot of time and money into trying to find specific backdoors in Huawei hardware, or at least some kind of unknown data transmission from devices that could indicate it, as the cost savings and gains of using their hardware are hard to ignore)Quote

AlienALX
Quote:
Nah we didn't man. We told Trump to swivel, but China have taken mass liberties in Hong Kong. That is why we have done this. Trump will be rubbing his hands together, but yeah it had little to do with him.Quote

tgrech
Rising tensions over HK would definitely have played a part in it, but for this to be an effective diplomatic message over HK the UK govt would at least have to mention HK as key reasoning rather than going with the "security threats" line, especially when this is costing the UK tax payer £2Bn and hampered network speeds for a decade, it's not the cheapest form of diplomatic messaging or threats.

Though if this was purely diplomacy rather than security threats or incentives from another super power, we would need other countries to follow suit for it to be effective too, as UK and US are not really Huawei's traditional major markets, so I guess maybe that's why the govt is running with the security threat line that Trump's administration has been pushing us to adopt for years but we'd previously rejected.Quote
Reply