USB4 is ready for prime time!

ADATA has just revealed the world's fastest USB SSD, offering users speeds of up to 4,000MB/s, saturating the potential of USB4. Meet the ADATA SE920, one of the world's first USB4 portable SSDs.

With maximum transfer speeds that are four times faster than regular USB 3.2 drives, ADATA's SE920 USB4 SSD is a monster. With access to such incredible performance and ADATA's proprietary heat conduction technology, the SE920 is ready for practically any workload, making this drive an excellent choice for workstation and prosumer workloads.

USB4 is receiving rapid adoption on the latest PCs, with Intel supporting USB4 under their Thunderbolt 4 banner. Thunderbolt 4 is, effectively, Thunderbolt 3 with higher minimum speed requirements and full support for USB4. Over the next year, USB4 is expected to become more easily available on high-end motherboards and laptops. 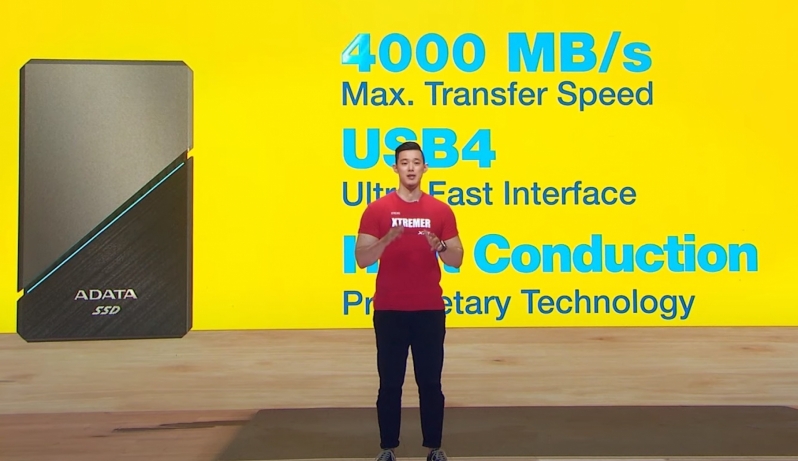 To achieve the ADATA SE920's full performance, users will need to utilise a USB4 or Thunderbolt 4 port.

You can join the discussion on ADATA revealing their fastest portable SSD to date on the OC3D Forums. 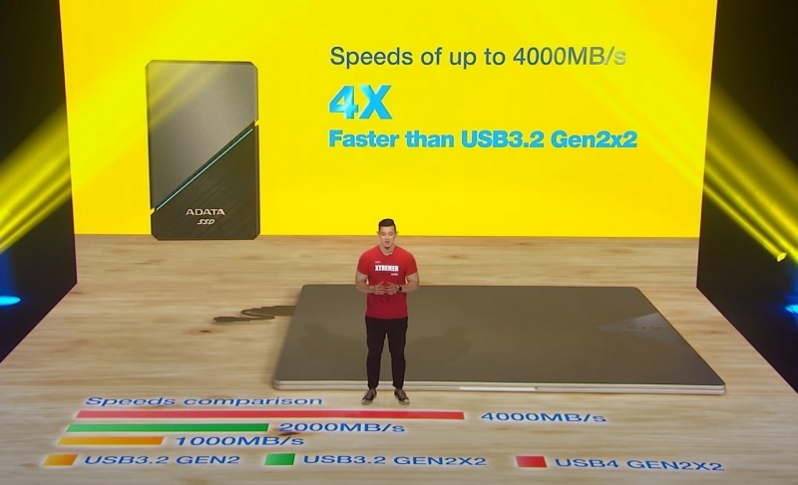