ASUS' Republic of Gamers division has been busy, kitting out their new Strix Gold Aura Edition power supplies to be ready for the latest power delivery standards. It's ATX 3.0 compliant, its got a 12VHPWR (16-pin) power connector, and it has internal heatsink sized that are double the volume of traditional PSU heatsinks.

With their new Strix Gold Aura Edition PSUs, ASUS promises to deliver units that are efficient, reliable, and quiet. With large PSU heatsinks, this unit can stay in its 0db fan mode under more workloads than most PSUs and keep components cooler under heavy workloads to increase unit longevity. With a 10-year warranty, ASUS are confident that their units will stand the test of time, and with 750W, 850W, 1000W, and 1200W models, ASUS is ready to power a wide range of modern gaming systems.

With support for direct 12VHPWR cables, ASUS's new Strix Gold Aura PSUs can connect to new 16-pin graphics cards without the need for clunky adaptors. These cables can deliver up to 600 watts of power to modern graphics cards, assuming that its connected PSU is also capable of delivering that much power. 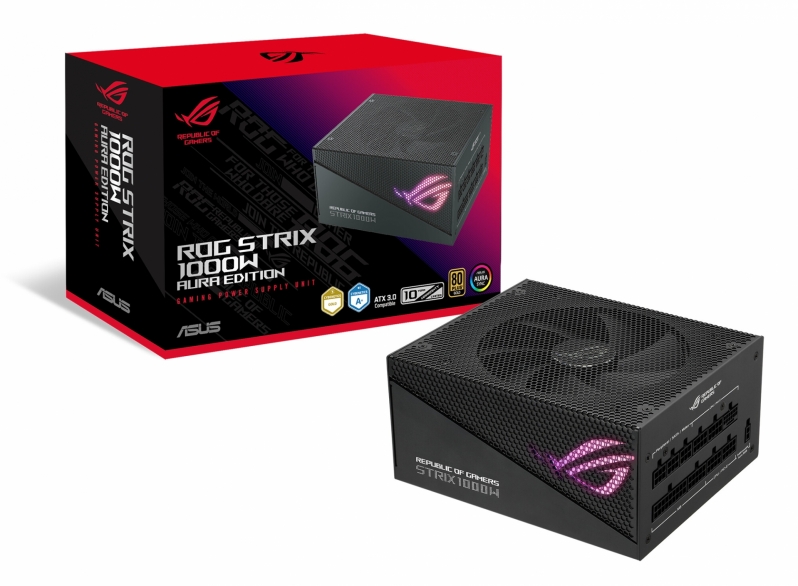 Like its predecessor, the Strix Gold Aura Edition series—available in 750 W, 850 W, 1000 W, and 1200 W variants—stand apart from competing power supplies thanks to a larger heatsink for cool, quiet operation. With twice the volume of traditional PSU heatsinks, this design allows for lower temperatures, longer component lifespan, and longer 0dB operation under light and medium loads. However, with the Strix Gold Aura Edition, we went even further: the entire power supply is now encased in a sleek aluminium chassis that acts as its own heatsink, further reducing temperatures and minimizing noise. 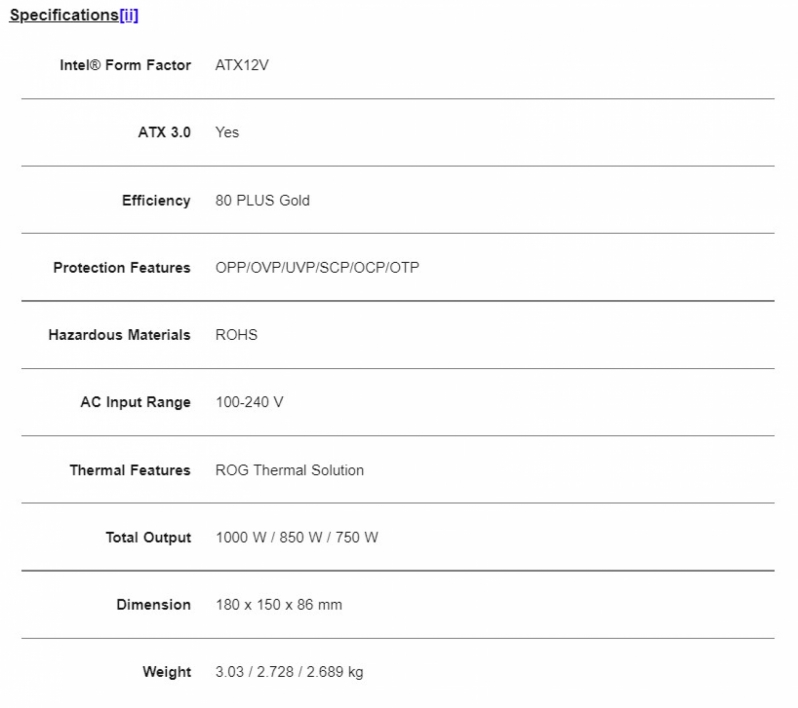 All this heat dissipation is aided by our 135 mm axial-tech fan design, featuring a dual ball-bearing for long-term operation. It also shares the same 80 PLUS Gold certification as its predecessor, with efficient, low-ESR Japanese capacitors rated to last up to twice as long as standard caps.

Arguably the biggest upgrade, however, is the new 16-pin power connector for modern graphics cards. While previous power supplies required an adapter for use with certain modern GPUs, the Strix Gold Aura Edition power supplies are bundled with a native 16-pin PCIe cable that can pipe up to 600 W of clean, stable power directly to Strix GeForce RTX 4090 or TUF Gaming GeForce RTX 4090 graphics cards—no adapter required.

In addition, as the name suggests, the Strix Gold Aura Edition series is now compatible with Aura Sync, thanks to new RGB lighting on the ROG Fearless Eye logo. Builders can make use of the included RGB connection cable to plug the power supply directly into a three-pin addressable RGB header on the motherboard, and the its lighting can be synced with the rest of the system—so the power supply can now enjoy all the same unique lighting patterns as other attached ROG gear.

We're so confident about the reliability of the Strix Gold Aura Edition power supplies that we back them with a 10-year limited warranty.

You can join the discussion on ASUS' new ROG Strix Gold Aura Edition series of power supplies on the OC3D Forums.