Fact Check - Will Nvidia's RTX 4090 will be compatible with existing PSUs?

Yes - Existing power supplies will be compatible with Nvidia's RTX 4090

The internet is full of misinformation, and recently a lot of rumours have been circulating that state that PC gamers will need an ATX 3.0 power supply to power an Nvidia RTX 4090 graphics card. Some sources have reported that RTX 4090 graphics cards cannot be powered optimally without an ATX 3.0 power supply, and that gamers should avoid using PCIe 8-pin to 12VHPWR adaptors. These reports are simply untrue.

In recent days, we have been in contact with Corsair to confirm the compatibility of their existing power supply lineup with Nvidia's new RTX 40 series of graphics cards. Corsair are supplying us with 12VHPWR cables for their Type-4 power supplies, a cable which we plan to use during our planned RTX 40 series testing. More information about Corsair's 12VHPWR power cables for Type-4 PSUs is available here.

Nvidia did not design their RTX 40 series with the ATX 3.0 power specification in mind

All RTX 40 series graphics cards that ship with 12VHPWR connectors will also ship with an 8-pin to 12VHWPR adaptor. Nvidia would not allow this if they didn't design their graphics cards with this use case in mind.

Below is what Corsair had to say about RTX 40 series compatibility with their existing power supplies in a recent press release.

The newly announced Nvidia RTX 4090 promises a huge leap in performance, and the great news for PC enthusiasts is that CORSAIR’s existing power supply lineup is already fully compatible with the new Nvidia 40-series. While the RTX 4090 uses a new 12+4 pin 12VHPWR power connector, all cards will ship with a PCI-e 8-pin power to 12VHPWR adapter. There’s no need to wait for future PSUs to support Intel’s new ATX 3.0 standard and CORSAIR’s power supplies already provide the needed reliability and quality components to support the higher power needs of the next generation of PC hardware. Whether it’s an RM1000 that’s seen many builds, or a brand new HX1500i, you can depend on your CORSAIR PSU to power your graphics cards into the future. 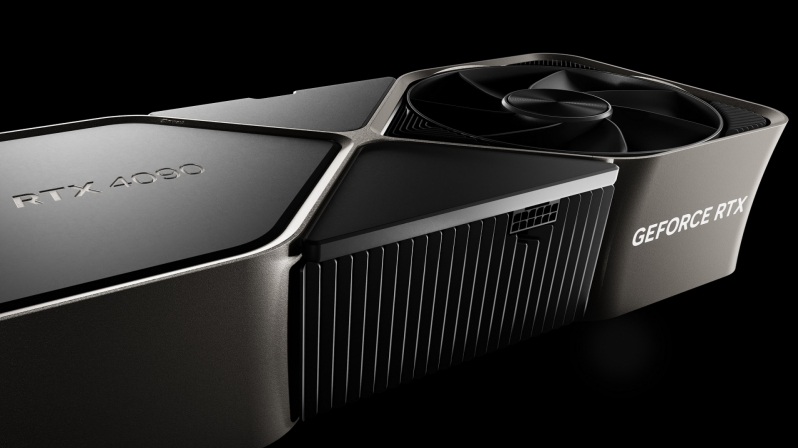 What about “power excursions”?

With Nvidia's high-end RTX 30 series products, "power excursions" were seen as a major point of concern for future graphics cards, especially if higher wattage graphics cards were on the horizon. What are “power excursions”? These are momentary points in time where a component's power draw spikes. If power excursions are too large, and PSUs cannot handle those power spikes, system crashes can occur.

With ATX 3.0 power supplies that feature the new 12VHPWR connector, power excursion rules are implemented within the specification. With ATX 3.0, systems can push 200% of a PSU's rated power for 100 microseconds and 120% of its power rating for 100 milliseconds. While ATX 3.0 is the first power specification that includes power excursion requirements, that does not mean that older PSUs cannot handle them.

In a sense, products with high power excursions are breaking traditional power supply rules and taking in excessive amounts of power during these short excursion periods. While ATX 3.0 is designed to harden future PSUs against power excursion issues, Nvidia knows that minimising these power excursions is the best way to eliminate potential issues.

Nvidia's RTX 4090 graphics card has been designed to have less aggressive power spikes than its RTX 30 series counterpart, making "power excursions" a non-issue for Nvidia's newest graphics cards. This is why Nvidia can confidently ship their 450W RTX 4090 with a 8-pin to 12VHPWR adaptors and expect existing power supplies to handle it.

With their RTX 40 series, Nvidia has vastly improved their power delivery system to decrease the stress that their new GPU flagship places on modern power supplies. Simply put, you do not need an ATX 3.0 power supply to use an RTX 4090 graphics card. 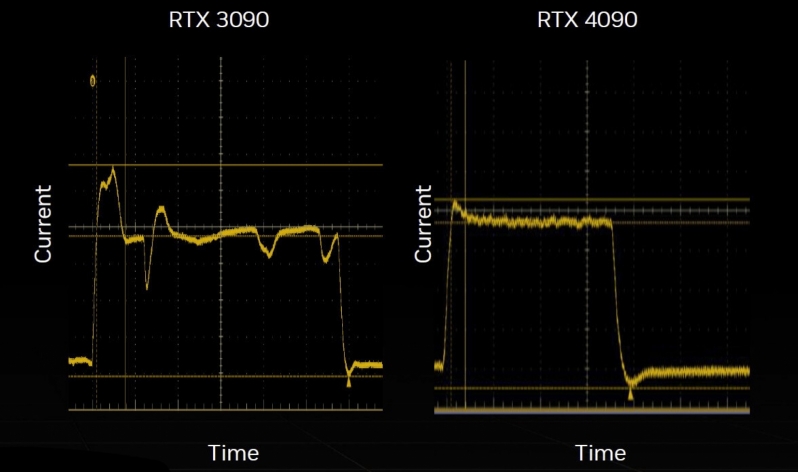 (Nvidia's RTX 409 has less violent power spikes than its predecessor)

Corsair has confirmed to us that their existing power supplies will support Nvidia's RTX 40 series of graphics cards, even their 450W RTX 4090. This is both with 8-pin to 12VHPWR adaptors and when using Corsair's 12VHPWR direct to PSU cables. Users of Corsair PSUs will not need to upgrade their PSUs to support Nvidia's latest graphics cards (assuming that their PSUs already meet their wattage requirements of course).

You can join the discussion on Nvidia's RTX 4090 graphics card not needing an ATX 3.0 compatible power supply on the OC3D Forums.