A new PSU option for fans of all-white PC builds

Like its standard black counterpart, this new white edition 850W model has an 80+ power efficiency certification and is backed up by a five year warranty, offers users a zero RPM fan mode for low wattage workloads and a "shutdown cooling mode" that cools your PSU for 60 seconds after you shut down your system. This ensures that your PSU gets its residual heat removed when you shut down your system.

The P Series White Edition is an 80 PLUS Gold certified power supply that focuses its features on efficiency, reliability and overall PC building experience. The P Series low noise output and its modern white aesthetic becomes a great choice for monochromatic or white themed PC builds.

When it comes to selling points, the main selling point of this PSU is its white colour scheme. It's really as simple as that. If you want a white PC with white cables, this power supply is an option for you. If not, well, the black version already exists.

This new white edition InWin power supply should be available soon at retailers. The unit is expected to cost the same as the company's existing black PSU, and Lian Li appears to have no plans to release this PSU with wattages above or below 850W. 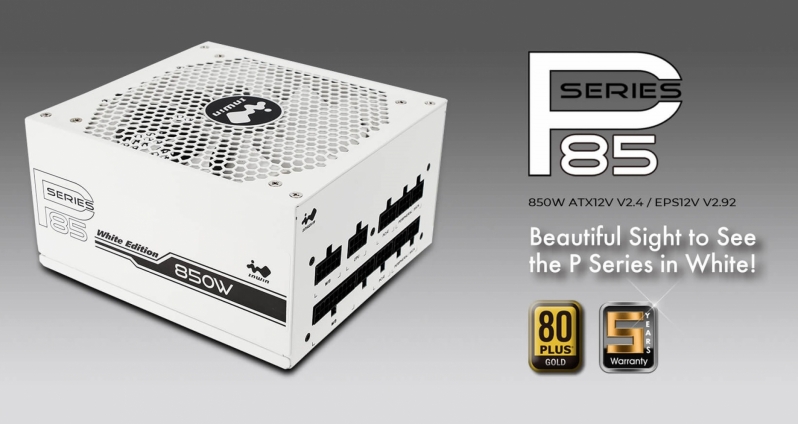 With new high-end graphics cards consuming over 300 watts of power, it has become clear that 8-pin (6+2-pin) 150W PSU cables are becoming increasingly inadequate for some high-end components. Nvidia's RTX 3090 Ti has a power draw of up to 450 watts for its reference model, creating the need for a new power standard. That standard is the PCIe 5.0 16-pin power standard, which can deliver up to 600 watts of power per cable.

InWin's P-Series White Edition 850W power supply does not feature a 16-pin PCI 5.0 power cable. That said, the PSU does feature three 8-pin PCIe power cables, which can be converted to deliver 450 watts of power over the 16-pin PCIe 5.0 standard. This will be enough power for some future 16-pin PCIe 5.0 graphics cards. Whether or not you are willing to deal with this limitation and the cable clutter of adaptors is up to you.

You can join the discussion on InWin's P-Series White Edition 850W power supply on the OC3D Forums. 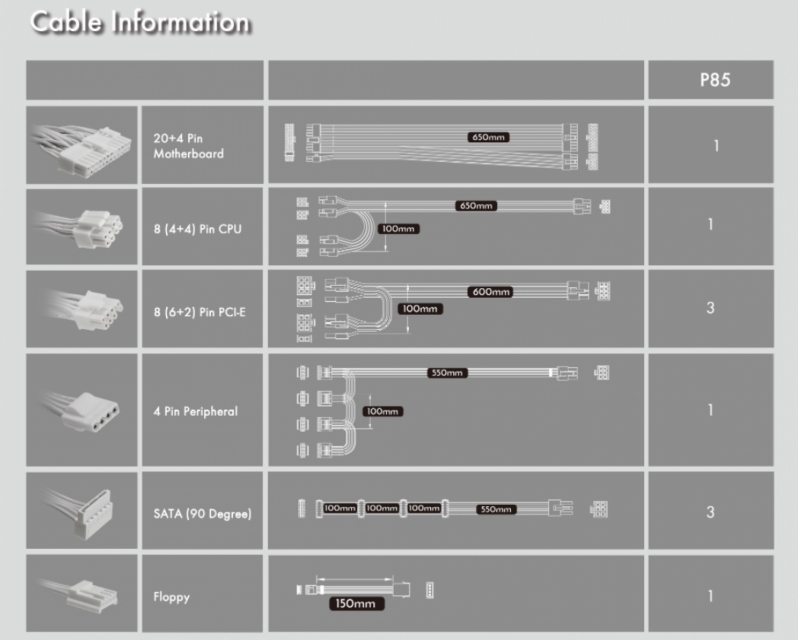