Are 12VHPWR cables to difficult to insert?

On his website Jon Gerow, AKA JonnyGuru, the well know PSU expert has been documenting his thoughts on the controversies surrounding the new 12VHPWR connector. On this blog, Jon documents his testing of various 12VHPWR adaptors and has concluded that "adaptors are fine" and that users of 12VHPWR connectors need to make sure that their cables are properly inserted into their PSUs and graphics cards.

After extensive testing with various 12VHPWR adaptors, Jon Gerow was unable to get any of his PSU adaptors to melt or suffer from any issues. These test included tests that placed cables under load for "either the entire day, or overnight". Even the worst adaptors passed Gerow's all-day testing without any damage.

The 12VHPWR cable is difficult to insert

Currently, Jon Gerow believes that incorrect cable insertion is what has caused 12VHPWR connectors to burn up. These cables are small and challenging to insert into graphics cards and power supplies, and it is easy for users to only partially insert 12VHPWR cables without noticing their error.

Below, we have an image of a correctly inserted 12VHPWR connector, where none of the connector's connection pins are visible from the outside. 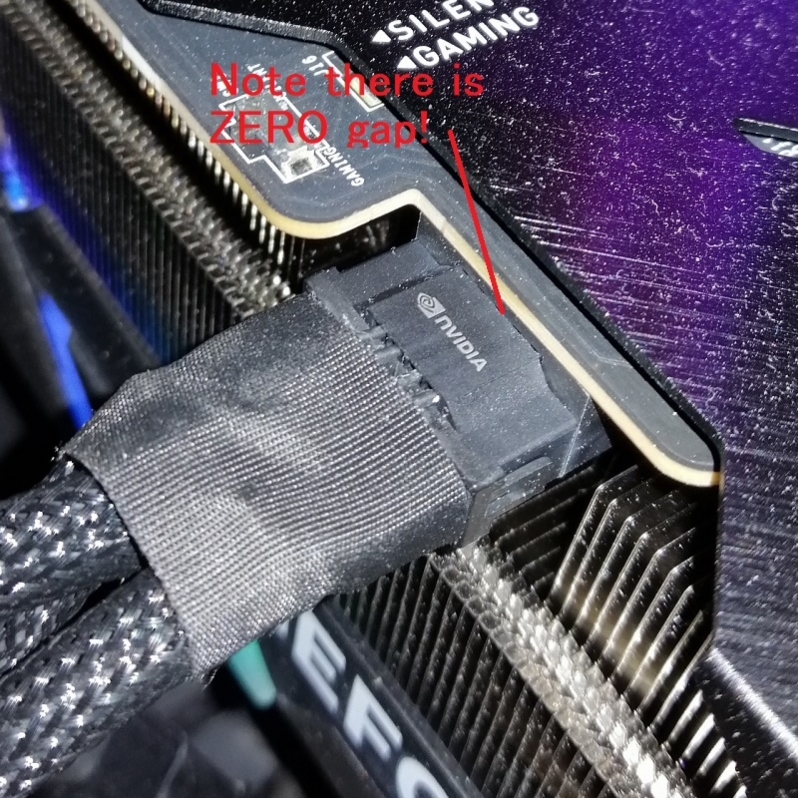 Jon Gerow has warned 12VHPWR cable users about the dangers of incomplete cable connections, and has asked users to make sure the cable is fully connected and that the cable's retention clip is fully engaged.

Below are Jon Gerow's conclusions about the 12VHPWR connector following his testing.

I believe this leads us to the conclusion that ANY 12VHPWR connector can potentially burn up because ANY of them can be hard to insert. We've likely seen MORE of the adapters burn than we have seen native cables because there are more adapters in peoples' hands than anything else.

Given that the conductor part of the connector is the same as the one used on the 30 Series FE card, it's my thought that this added sideband is preventing full insertion, which in turn causes the high resistance. 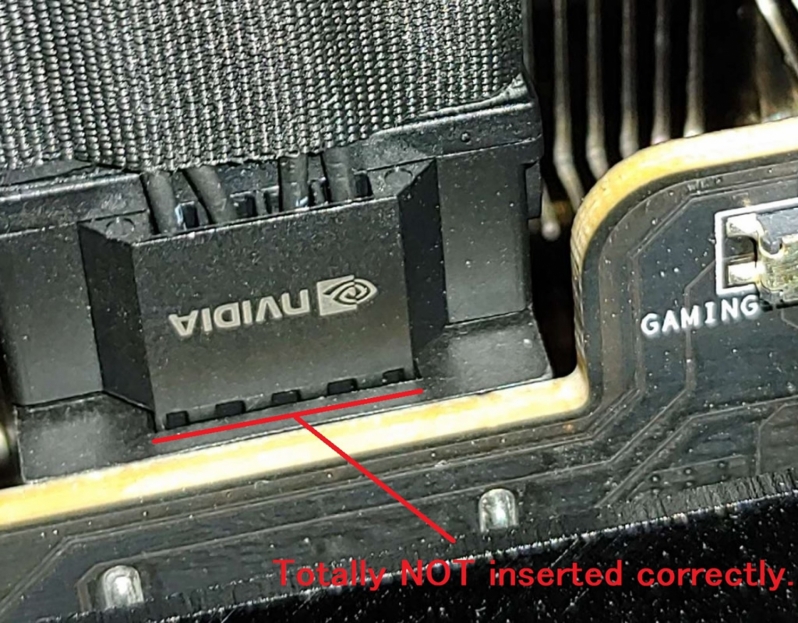 At this time, Nvidia has not commented on the 12VHPWR cable burning controversy, though the company is known to be working with GPU manufacturers to uncover the root cause of the connector's reported "cable burning" issue. If the problem is caused by incorrect cable insertion, Nvidia and their partners will likely release public service announcements (PSAs) that as users to make sure their 12VHPWR connectors are fully inserted and given them advice on what to do if their cable isn't fitted correctly.

You can join the discussion on Jon Gerow's comments on the 12VHPWR cable controversy on the OC3D Forums.


Igors Lab has figured out what it is. Looks up the channel and the Jays2cents channel to see the REAL reason why this is happening.


Truth is that Nvidia needs to step up and accept responsibility for this crappy idea and to go back to the older style that WORKED.Quote

Emu
Quote:
The new connector is fine, it is rated for up to 792W continuous power draw by Molex. What they really need to do is make the inserted section a bright colour (e.g. fluorescent yellow) so that it is far more obvious if it is not inserted all the way.Quote

Dicehunter
Quote:
A simple little LED on the top of the cable could be a solution, If everything's not plugged in correctly it won't light up.Quote

Warchild
Quote:
Surely that just overcomplicates a simply process of feeling the connector "click" in place when you push it in? Just make the connection deeper into the port to prevent any flexibility.Quote

Some fckers have massive cabling OCD and will be twisting and turning everything until it looks just right then get the lovely smell of burning components - Off to Reddit, YouTube, any media where they can highlight their plight - some fckers probably unhappy it hasn't happened to them

I often have that nagging feeling that those that shout the loudest are the dumbest.

You might be sensing a lack of empathy for these 4090 guys, you'd be right