At CES 2022, ASUS has confirmed that their Republic of Gamers (ROG) division is moving deeper into the realms of power supplies, confirming that they plan to launch new SFX-L PSUs this year that will deliver up to 1200 watts of power to compact gaming systems.

Following the launch of their full-sized ATX ROG Thor series PSUs, ASUS has revealed their new SFX-L Loki series of 80+ Platinum rated power supplies, which will be available this year with 750W, 850W, and 1000W models. Alongside these models, ASUS will also launch an 1200W 80+ Titanium rated ROG Loki power supply, promising even higher levels of power efficiency.

Modern high-end graphics cards are using more power than ever, and that is increasing the power requirements of small form factor gaming systems. This is creating a need for higher wattage SFX power supplies, and ASUS' ROG Loki series is designed to meet the world's demand for high wattage SFX PSUs. Note, that ROG's Loki series is SFX-L, not SFX, making these PSUs longer than standard SFX series PSUs. This longer form factor allows ASUS to fit more components inside their Loki series, use larger fans, and provide higher maximum power levels. Most SFX cases support SFX-L PSUs, making this design feature a non-factor for many users. 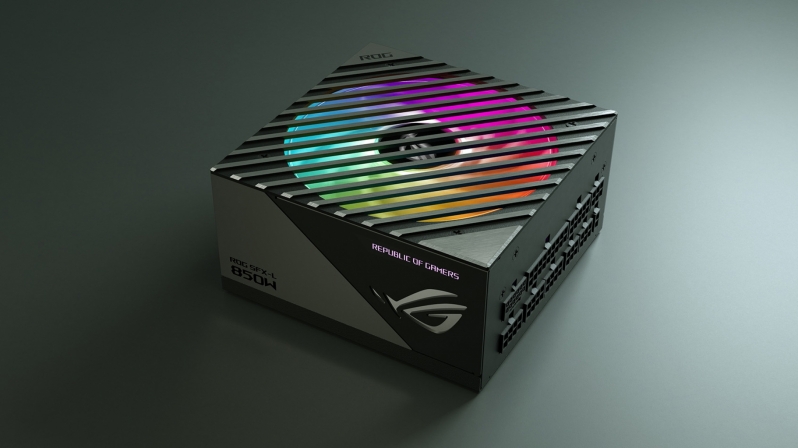 Cooling ASUS' ROG Loki power supplies is an RGB-enabled 120mm fan that uses ASUS' Axial-tech technology to deliver higher levels of static pressure than standard PSU fans. The unit's fan is Aura Sync compatible, allowing users to match the PSU's lighting with the rest of their system, or turn off its lighting entirely.

ASUS plans to launch their SFX-L ROG Loki series of PSUs this year with a 10-year manufacturers warranty. However, ASUS has made it clear that their 10-year warranty covers their PSU electronics, not the unit's RGB lighting. The Loki series' RGB LEDs will be covered by a shorted three-year warranty.

You can join the discussion on ASUS' ROG Loki series of next-generation PSUs on the OC3D Forums.

WYP
Quote:
Article amended. It was supposed to say that, hence why it was mentioned separately. My brain clearly had a moment there... Perhaps I need more Coffee.Quote

fat4l
Quote:
Thanks mate. Looking forward to buy one 1200wQuote

AlienALX
Quote:
Whoever decided titanium was better than platinum is the one who needs a cup of coffee.Quote
Reply