Meet the Silverstone Strider Platinum PTS series of power supplies, both of which dual 4+4-pin EPS connections, eight SATA connections and eight PCIe 6+2-pin power connections to make them suitable for any modern high-end system. Both the 1000W and 1200W versions of this power supply will offer a 140mm unit length, a form factor that is more common to 650-750W PSUs, providing compatibility with any case that supports ATX-spec power supplies.

Glancing under the hood, we can see that Silverstone has built their units with compliance with the 80+ Platinum efficiency standard, with the ability to run 24/7 under full load at 40 degrees operating temperatures without issue, a use case that will likely never be replicated by end users. The unit also packs a single 12V rail, ±3% voltage regulation and a quiet 120mm hybrid ceramic bearing fan. 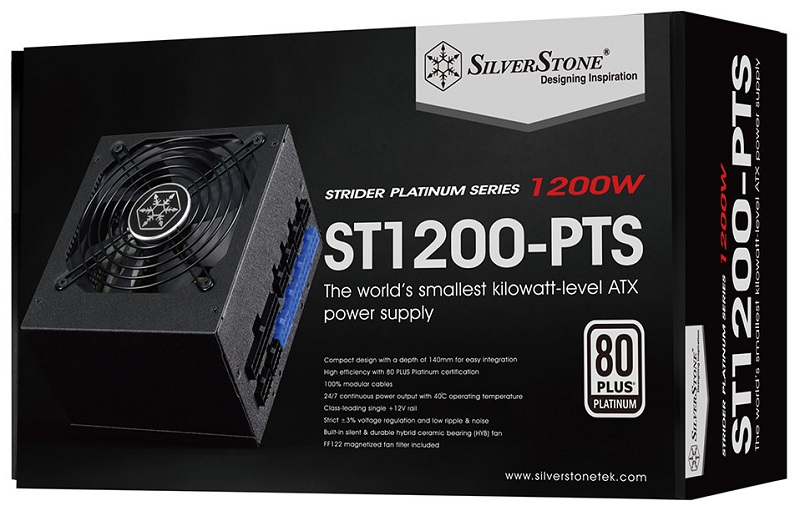 You can join the discussion on Silverstone's compact Strider Platinum PTS 1000W and 1200W power supplies on the OC3D Forums.