A Vampire in a Pandemic? Vampyr is the Epic Games Store's latest free PC game

Until December 31st, Epic Games plans to give away a new PC game every day as part or their "15 Days of Free Games" promotion, with today's game being Dontnod Entertainment's Vampyr.

Vampyr is an action role-playing game that is based in 1918's pandemic-struck London, players take on the role of Jonathan Reid, a doctor who has been transformed into a Vampire. The game's story focuses on Jonathan's vampiric nature and his Hippocratic Oath as a doctor.

As an RPG, Vampyr's fastest method of character progression is giving into Jonathan's new nature. Murder and consumption can generate a lot of XP, and doing this to important characters can give Jonathan the information he needs to progress the game's story, though other options are available.

Vampyr is a game where its mechanics and storyline blend together in a beautiful way. As enemies get more challenging to take-down, and new information becomes harder to find, players will become more tempted to give into Jonathan's vampiric urges, a factor that plays a role in the game's conclusion.

Below is a brief summary of Vampyr's world and storyline.

London, 1918. You are newly-turned Vampyr Dr. Jonathan Reid. As a doctor, you must find a cure to save the city’s flu-ravaged citizens. As a Vampyr, you are cursed to feed on those you vowed to heal.

Will you embrace the monster within? Survive and fight against Vampyr hunters, undead skals, and other supernatural creatures. Use your unholy powers to manipulate and delve into the lives of those around you, to decide who will be your next victim. Struggle to live with your decisions… your actions will save or doom London. 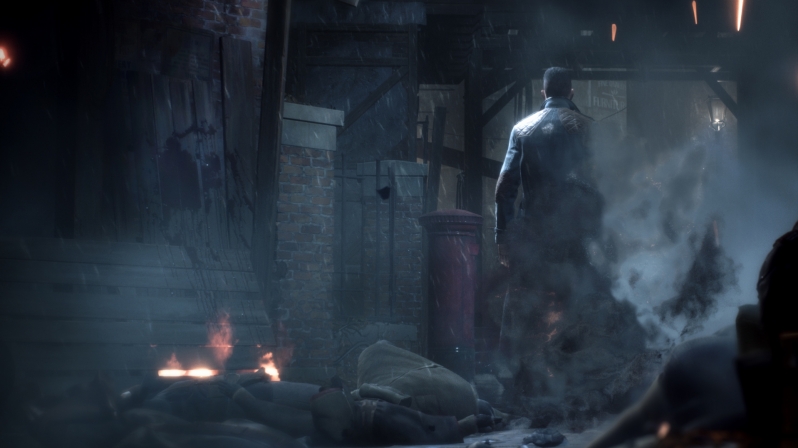 Vampyr's recent review rating on Steam "Very Positive" and the game is currently available there for £8.74 (75% discount). The game will be available until 4 PM GMT on December 24th.

PC gamers can redeem their free copy of Vampyr on the Epic Games Store.

You can join the discussion on Vampyr being available for free on the Epic Games Store on the OC3D Forums.