All Battlefield 1 server rentals will be operated by EA

All Battlefield 1 rental servers will be operated by EA

It has been confirmed that all Battlefield 1 server rentals will be operated by EA, ending the ability to rent your own 3rd party server for the game.
This change is a double-edged sword for end users, as it will allow EA to place quality control measures on Battlefield 1 servers, giving all players the same experience when renting a server, though it also fixes the pricing of servers and takes away the competition provided by 3rd party server suppliers.

Starting close after launch, you will be able to rent a server through the in-game store of Battlefield 1. In the past, servers were handled by third-party companies – now, EA is providing them directly.
We think this will benefit you in several ways. First off, we will be able to secure the quality of the actual hardware. Since the servers come from the same provider, it will give everyone the same uniform experience. Furthermore, if you have questions or need help, you will be able to reach out to EA Support directly instead of third party support.

On rented servers, Battlefield 1 players will be able to host both public and private matches, with the ability to name their server, set a rotation for maps and game modes as well as tweak various gameplay settings. EA does state that rented servers may have some restrictions at launch, gradually enabling more features over time based on customer feedback. 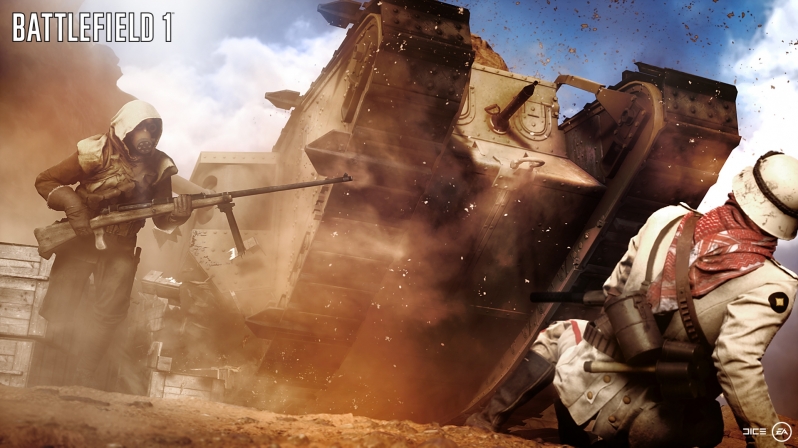 Right now EA has not set the pricing or announced when Battlefield 1's rented servers will become available, though EA does state that they plan to announce more before the game releases.

You can join the discussion on Battlefield 1's Rent-a-Server program on the OC3D Forums.

It has been confirmed that all Battlefield 1 server rentals will be operated by EA.https://t.co/MX8O9e0XH5 pic.twitter.com/1R0OjFW6TL

Excalabur50
Maybe this will improve game performance if they use good quality servers as some of the third party servers are bloody shocking and helped to contribute to bad gaming experiences, lets hope they get this right and it improves gameplayQuote

mazty
The move to rented servers is terrible - they are horrifically overpriced and tend to offer okay-at-best performance. Why don't they just have a mix of official and privately hosted servers??Quote

SuB
Quote:
because market monopoly and money and their ever precious server-side code.Quote
Reply