Grab these free games while you can!

Every month, Amazon gives their Prime subscribers access to free PC games through their "Games with Prime" promotion, and this month, Amazon's giving away some incredible titles.

Amazon's January 2022 headline "Games with Prime" titles are Star Wars Jedi: Fallen Order, Total War: Warhammer, and World War Z: Aftermath, though these are not the only games that Amazon have on offer.

On the Amazon Game App for PC, gamers can currently claim six games as part of their Amazon Prime subscription, including Fahrenheit: Indigo Prophesy Remastered and Two Point Hospital. Below is a list of all nine free games that are currently available from Amazon.

All of these games are available to claim for free throughout January, with the image below showcasing the exact availability dates for each title.

You can join the discussion on Amazon's January 2022 "Games with Prime" on the OC3D Forums. 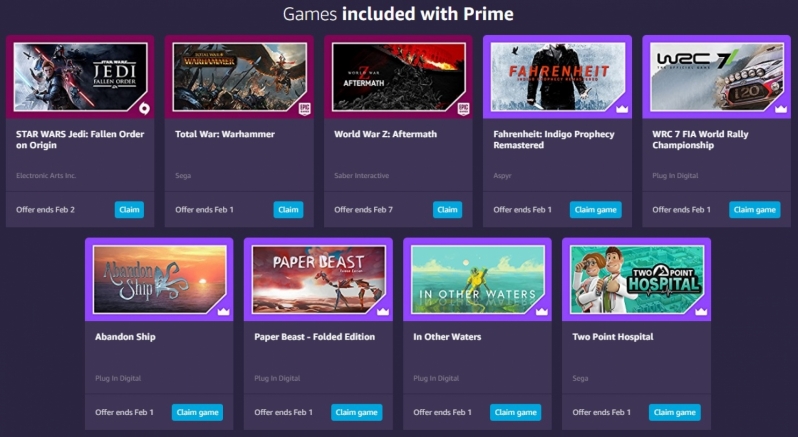