AMD has given FSR 2.0 a major quality boost

Today, AMD has given FSR 2.0 a major boost by improving their technology to increase the quality of their FidelityFX Upscaler. AMD has released FSR 2.1, and it is already available for gamers to try out in Farming Simulator 2022.

With AMD's FSR 2.1 technology, AMD has made major changes to several areas of their upscaling algorithm to increase the quality of the upscaler. With FSR 2.1, AMD has focused in reducing ghosting and shimmering. AMD has documented these changes on GPUOpen, allowing developers to see exactly what AMD has changed and how to best implement FSR 2.1 into their future games.

AMD has updated FSR 2.0's source code to give developers the benefits of their latest software advancements. On top of that, AMD has also updated their FSR 2.0 plugin for Unreal Engine 4.26, 4.27, and, Unreal Engine 5 to allow developers to easily upgrade their projects to utilise FSR 2.1.

Below, AMD has detailed some of the major changes that they have made with FSR 2.1. The comparison above highlights the impact of these changes. 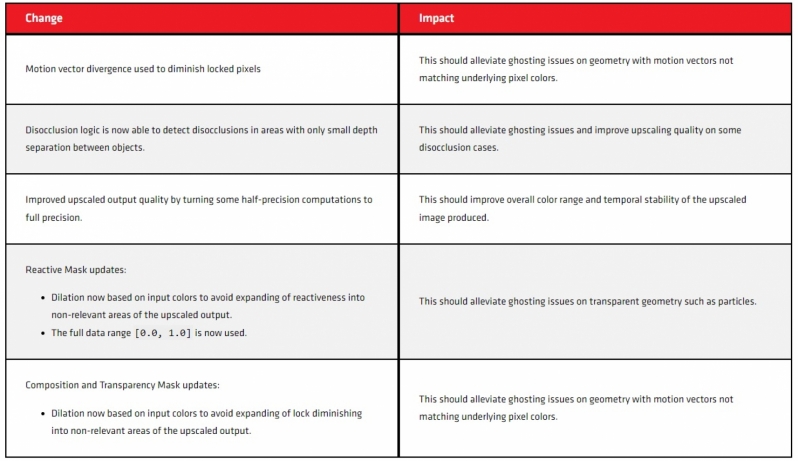 Moving forward, AMD plans to continue improving their FSR 2.0 technology. Like Nvidia with their DLSS technology, AMD is analysing the feedback that they have recieved from gamers, developers, and analysts to make FSR 2.0 a better upscaling solution for gamers. In time, FSR 2.0 could deliver higher quality results than DLSS, though it is worth remembering that Nvidia's also improving its DLSS technology at a rapid pace.

You can join the discussion on AMD's FSR 2.1 technology on the OC3D Forums.

AlienALX
Made me feel proper ill in PUBG.

Not sure I want to even try it again tbh.Quote

AngryGoldfish
Quote:
Man, I told you not to eat that cottage cheese!Quote
Reply