AMD details World of Warcraft: Shadowlands' use of Ray Tracing and FidelityFX

AMD details World of Warcraft: Shadowlands' use of Ray Tracing and FidelityFX

In their latest partner video, AMD has detailed how they have helped to improve the visuals and performance of Blizzard's upcoming Shadowlands expansion for World of Warcraft, which will support the DirectX 12 Ultimate API and many of that API's newest features.

World of Warcraft's prior expansion, Battle for Azeroth, moved the game to the DirectX 12 API, delivering gamers enhanced CPU performance by adding support for more multi-threading to the engine. With Shadowlands, Blizzard is moving WoW to the DirectX 12 Ultimate API, offering gamers further optimisations and other new features.

On the optimisations front, AMD has helped Blizzard to implement FidelityFX Ambient Occlusion, which is said to operate more efficiently than World of Warcraft's older Ambient Occlusion implementation. In the video below, both deliver nigh-identical results, effectively giving WoW players higher framerates and increased performance efficiency.

In terms of DirectX 12 Ultimate features, AMD has helped Blizzard to implement support for Ray Traced Shadows within the game as well as support for Variable Rate Shading (VRS).

When Ray Traced Shadows are enabled, World of Warcraft Shadowlands will feature more realistic environmental shadows, changing the game's lighting system by allowing large bosses to case large shadows across the game's environment. This adds more dynamic elements to World of Warcraft and delivers a notable change to the game's look when the game is in motion. That said, this implementation does not look great in basic screenshot comparisons.

World of Warcraft: Shadowlands is due to release on November 23rd.

You can join the discussion on World of Warcraft: Shadowlands' use of Ray Tracing on the OC3D Forums. 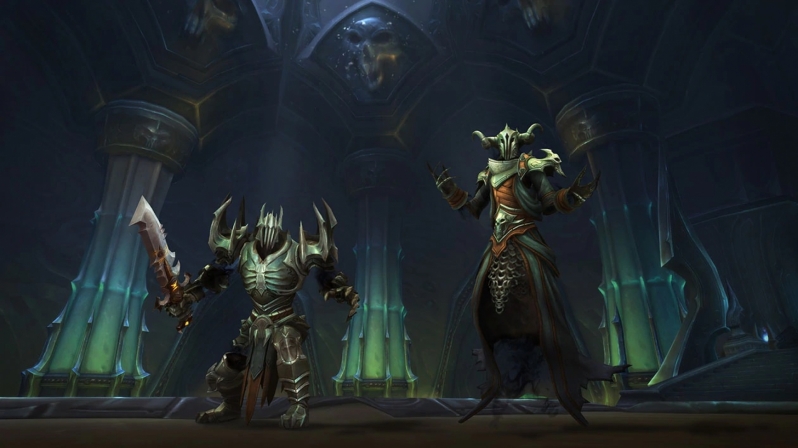 looz
Mentioned this in another thread, but 2060 runs the full quality ray tracing effects at 1440p with very minor impact to performance, with crowded areas being fully CPU limited with a 5GHz 8700k. But I don't tend to run rest of the game maxed out.Quote

hmmblah
I lost about 10 FPS in the outside world with ray tracing effects on a 2080 Super. I have no idea what this will do in a full raid though.Quote

m2geek
Quote:
I have a 3080 gaming x trio, I lose anywhere from 20fps (in a non populated area) to 60+ fps in a major city with raytracing on High (I run with everything on ultra but the view distance set to 8)

I think my FPS dived to 10-15fps while killing a rare in Northrend with raytracing on.

Needless to say, I have it turned off outside of testing it

Warchild
i tried in a raid and dropped to 20fps. Outside of raid 120fps.

If you test it in Alterac Valley classic thats a limited event at the moment, your pc will get hammered

looz
Quote:
I guess it relies a lot on some other effects then - did it without issues. But I'm running graphics level 7 outside ray traced shadows. But servers were just suffering.

But cutting down trees in garrison pre-quest hammered my FPS to 15, I guess those are some complex props or something.