Strange Brigade is a very interesting release, not just because of the title's 4-player co-operative gameplay and unique 1930s matinee feel, but due to the game's technical accomplishments.

Yesterday, we discussed Rebellion's support for both DirectX 12 and Vulkan in Strange Brigade, which makes this title the first game to support both APIs at launch, though this is far from the only technological feat that the game has accomplished.

With Asynchronous Compute, Rebellion has decreased the performance impact of shadow map rendering and screen space effects within Strange Brigade, delivering increased performance when these effects are in use. The game also features the ability to turn asynchronous compute off, allowing users to test the impact of the feature and disable it if required.

Right now, Strange Brigade is available as part of AMD's "Raise the Game" bundle, which will give copies of Strange Brigade, Assassin's Creed: Odyssey and Star Control: Origins to purchasers of Radeon RX 570, RX 580, RX Vega 56 and RX Vega 64 graphics cards for a limited time. 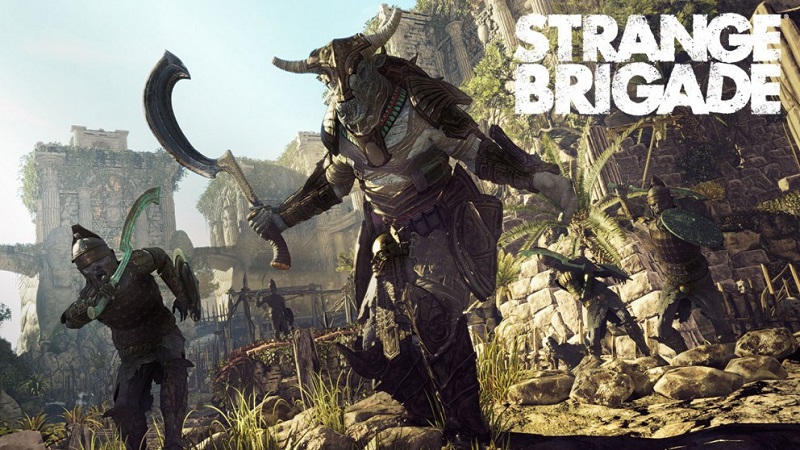 You can join the discussion on AMD's partnership with Rebellion for Strange Brigade on the OC3D Forums.

Warchild
I wonder if Nvidia has been trying to pressure these partners towards supporting RT and gameworks more aggressively, but developers wont have it, so having their hand forced into swaying towards AMD.

Might be a tinfoil hat mentality, but after seeing that last NDA agreement document reviewers had to sign, it feels like the Green team is becoming the mean team and trying to bully their way ahead.Quote

Mate they did that about a decade ago. They've always abused their position and greater market share.Quote
Reply