44 Developers and Publishers are supporting FSR!

With FidelityFX Super Resolution, AMD has created a game upscaling technology that can benefit all gamers, not just those on the latest Radeon powered PCs, delivering a feature that can transform the industry, not just on a privileged few. As such, FidelityFX is likely to be supported by a large number of developers and future games across PC and consoles, supporting both AMD and non-AMD hardware.

Thanks to Videocardz, we now know that AMD's FidlityFX Super Resolution feature will be supported by 44 developers and publishers, highlighting the wide impact of AMD's technology. Seven games are due to support the technology at launch, and 12 further games will support the feature "soon". 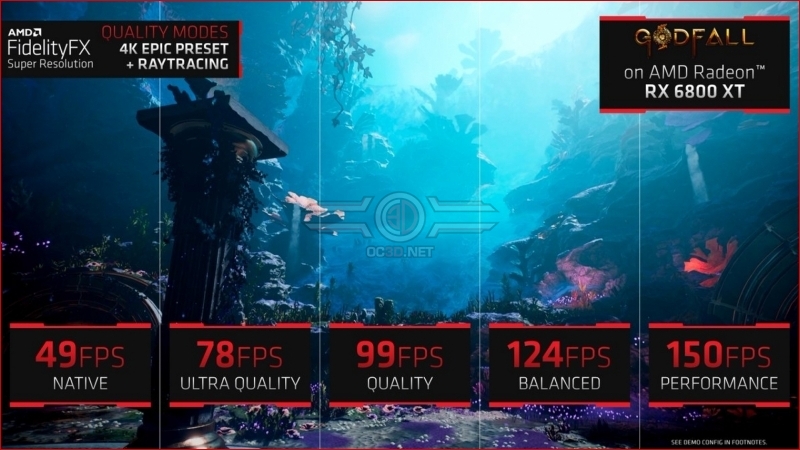 We hope to report on AMD's FidelityFX Super Resolution technology when it launches next week. Let's hope that AMD's technology works as well as intended.
You can join the discussion on AMD's FSR technology on the OC3D Forums.

AngryGoldfish
This is so valuable. At a time when gamers on older hardware can't run newer games and can't buy a new GPU, at least there is SOME hope that in SOME titles they'll be able to get a large FPS boost.Quote

looz
Has any outlet released uncompressed screenshots of this?Quote

looz
Thanks, that's pretty poor as well though.