Radeon has brought cutting-edge upscaling to the masses with FSR

FSR isn't traditional upscaling, where detail is lost during the upscaling process. FSR aims to maintain near-native levels of image quality, effectively giving users a free performance upgrade whenever possible. That said, FidelityFX Super Resolution has various quality modes, which will allow gamers to decide whether they want to sit on the performance or quality sides of the FSR spectrum.

This factor alone ensures that AMD's FidelityFX technology will receive widespread adoption amongst game developers, as the benefits of the technology span the PC and console gaming markets. Developers can implement this technology to benefit all of their players, not just a subset of the PC gaming market. This is an area where AMD's FidelityFX Super Resolution feature succeeds where Nvidia's DLSS fails. That said, DLSS is about selling Nvidia's products, not about benefitting the gaming ecosystem as a whole. 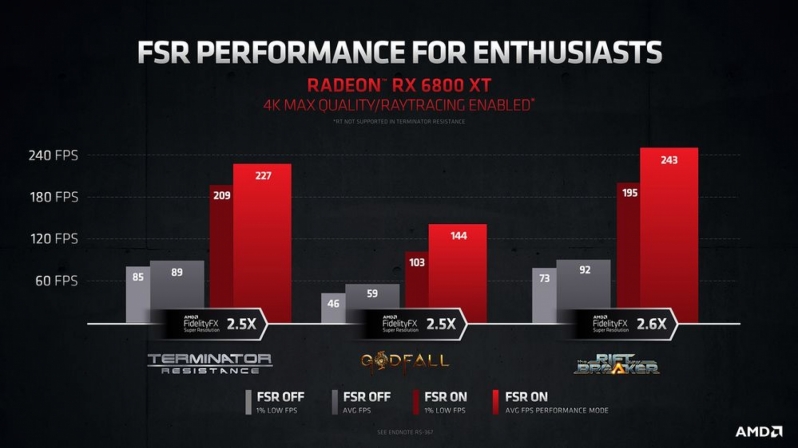 Below is a description of FSR's quality modes;

- “Ultra Quality” mode produces an image with quality virtually indistinguishable from native rendering with good performance. It should be selected when the highest FSR quality is desired.

- “Performance” mode visibly impacts image quality and should only be selected in situations where they need for the ultimate in performance is critical. 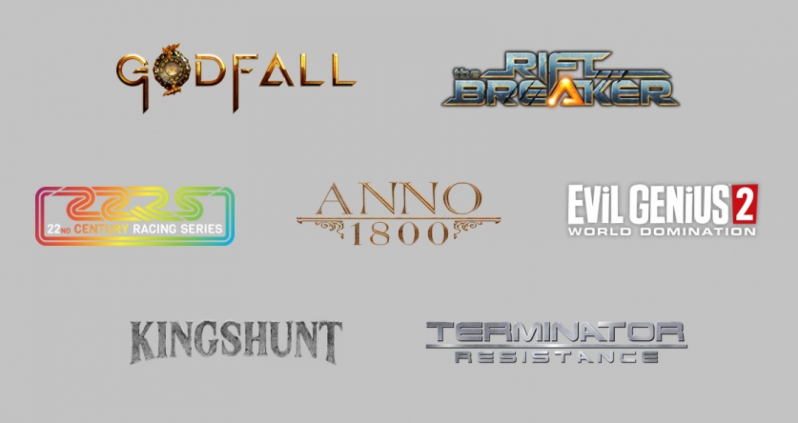 Necromunda: Hired Gun already supports Nvidia's DLSS feature, a factor that will allow PC gamers to compare DLSS and FSR directly. Now that's an AMD VS Nvidia comparison that I want to see! 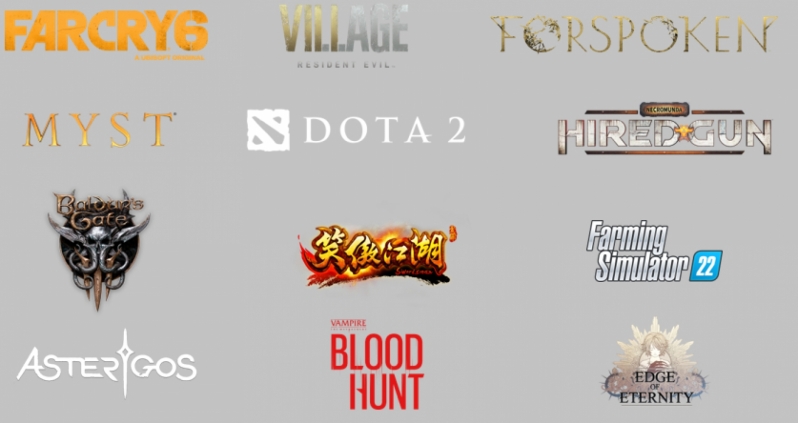 AMD has confirmed that 40 game developers plan to support FidelityFX Super Resolution, a fact that highlights that AMD's technology is seen as an incredibly useful tool by the gaming industry.

AMD plans to work with more developers to bring FSR to more games and wants PC gamers to tell them where they would like to see FSR. PC gamers can contact AMD here to suggest games. 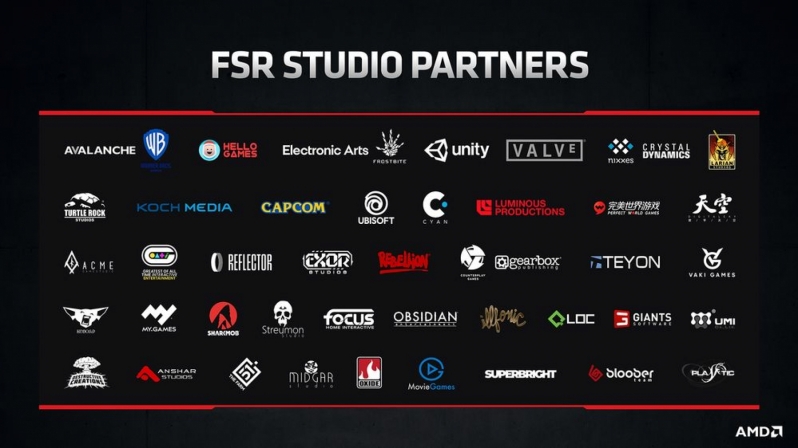 We hope to test FidelityFX Super Resolution soon. Sadly, AMD did not give us early access to their technology like other outlets> We hope to deliver to you our independent overview of the technology as soon as possible.

You can join the discussion on AMD's FidelityFX Super Resolution technology on the OC3D Forums.

KingNosser
I tested it in Godfall, used ultra quality, couldn't tell the difference but i sure saw higher fps. With some time and more game support this is working very well. For this being day one of it's launch it sure has me intrested for the future really well done AMD

Dicehunter
Quote:
Considering this is the first iteration, It's a hell of a lot more polished compared to the 1st iteration of DLSS.Quote

Warchild
Quote:
I just tested it with my 2080ti. My setting in Godfall to ultraquality, I gained 50 fps, but my god, the picture quality was atrociously bad.


edit* Not as bad as I made it out to be. Had a weird bug where gfx settings seem to change when I enabled FSR.
Still a decline in quality which I can compare to DLSS 1.0 Metro Exodus days ( for those who saw that disaster) but im very VERY impressed with the fps gain.

Godfall is very well optimised. I had Raytracing on, and steady 150fps with FSR off. Enabled FSR and saw graphics decline but peaked at 205 fps at times in my mission room.

That said, Guru3D made some good comments on this new feature. Its not something that will last long. AMD need to get in on the deep learning asap.


Quote:
Viewing Godfall through my monitor with HDR etc etc, its at times comparable to DLSS 1.0 sadly. But FSR does give a much better FPS boost than DLSS 1.0 did.


That said... im doing this with an Nvidia GPU so my opinion probably counts for very little here.Quote

grec
Quote:
I have to strongly disagree on this being temporary. Why would we ever go back to giving up this free performance? When the tech will only get closer to the native thing for a lower cost as the techniques are adjusted (AMD has left a lot on the table by going for maximum generational cross-compatibility with their current approach) and where applicable NN models get more mature. It's a way to significantly increase efficiency with regards to power consumption, memory requirements, transistor budget, ect, it's essentially an extra layer of near-lossless full graphics pipeline compression, reducing the requirements of every stage and then expanding out at the end. Surely the more likely route is this becomes heavily integrated at a hardware level, and becomes ubiquitous in laptops and consoles.

This tech will also of course have a direct impact on lowering the cost of entry for GPUs and PC gaming, which would be indefinite, in the future, surely almost all low end gaming will use NN-upscailing, and with enough time it will surely become the sensible option in terms of graphics trade offs for everyone but those with the very top tier card of a generation, as this tech becoming the standard means devs can push games harder in other what will by then be more noticeable ways (More raytracing and so on)Quote

KingNosser
As much as it can work on Nvidia it's unfair to expect it to work as well as on AMD.

My CPU holds my card back a fair bit atm, but i gained 60fps over 1440p at max settings with DXR, really can't tell the difference at all. It needs more games and support but i feel it will spread faster than dlss did least in my view.

I would expect AMD to build on it going forward but for a first day it's really good and i'm not even a big fan of upscaling, but ultra quality is kinda a no brainer really turn it on and forget like most settings.

I'd say where dlss is better by a fair way is on the lower end of the settings like performance mode dlss does have the upper hand slightly there, the only real issue for AMD is that Nvidia have money and will throw it at devs to get exclusive dlss into games faster.

The only thing for me while the fps boost is nice and the render isn't noticable i actually get good fps anyways so it's not a huge need, but maybe further into my 6800XT's life span this can drag it out a fair bit longer if it's in enough games.Quote
Reply