Will FidelityFX Super Resolution 3 be as effective as DLSS 3?

AMD has officially revealed their FidelityFX Super Resolution 3 (FSR 3) technology, an innovation on the company's FSR 2 temporal upscaler that promises gamers up to a 2x framerate boost though the use of what AMD's calls "Fluid Motion Frames".

Alongside FSR 3, AMD has also revealed FSR 2.2, an updated version of the company's FSR 2 technology that promises to deliver stronger upscaling results with less ghosting. This allows gamers to achieve higher fidelity upscales, giving gamers stronger visuals and the performance benefits of upscaling. 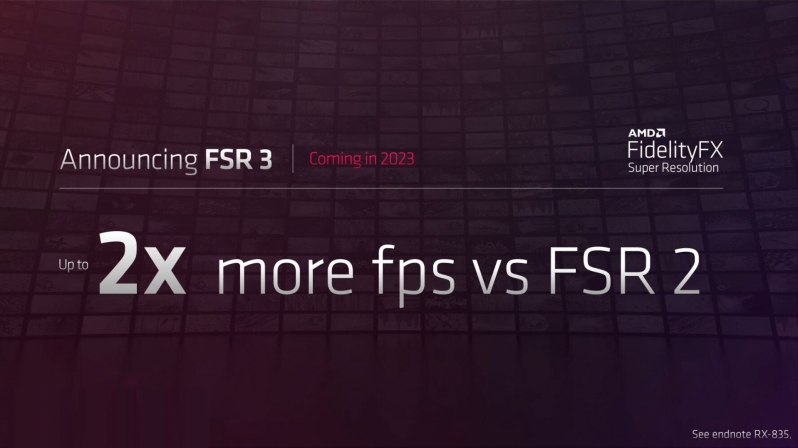 AMD's FidelityFX Super Resolution 3.0 technology is expected to work in a similar way to Nvidia's DLSS 3 technology, offering gamers generated frames that are inserted between traditionally rendered frames to give gamers smoother framerates. We expect AMD to discuss their FSR 3 technology in more detail when the technology gets closer to launch.

You can join the discussion on AMD's FidelityFX Super Resolution 3 technology on the OC3D Forums.

AlienALX
I really couldn't give a goat's bollock. Show me the actual performance.Quote
Reply