FSR 2.0 is not merely an upgraded version of FSR 1.0. FSR 1.0 and 2.0 are designed around two different use cases and utilise different methods to achieve high quality image upscaling. FSR 1.0 was designed to be easy to integrate, and FSR 2.0 is designed to deliver higher quality upscaled images.

FSR 1.0 uses a spatial upscaling solution, allowing developers to integrate AMD's technology without having to rework their games in any major way. Spatial upscaling upscales an image using a single frame of data, giving FSR 1.0 a limited amount of image data to work with when upscaling images. The benefits of this solution is that it is easy to integrate, and thanks to AMD's efficient Lanczos upscaling solution and image sharpening techniques, FSR 1.0 is performance friendly and achieves pleasing results.

With FSR 2.0, AMD has moves towards temporal upscaling, using data from prior frames to give their upscaling algorithm more data to work with. This results in more detailed and sharper upscaled images. The problem with this solution is that FSR 2.0 uses a form of Temporal Anti-Aliasing, making this technology harder to integrate into games. That said, FSR 2.0 can be seen as a technology that delivers image upscaling and optimised anti-aliasing.

AMD's FSR 2.0 technology aims to deliver higher quality upscaling and high quality AA. As such, gamers should expect better results from FSR 2.0 than they recieved with FSR 1.0. That said, some developers may prefer using FSR 1.0 for various reasons, with its ease of integration being a primary benefit. 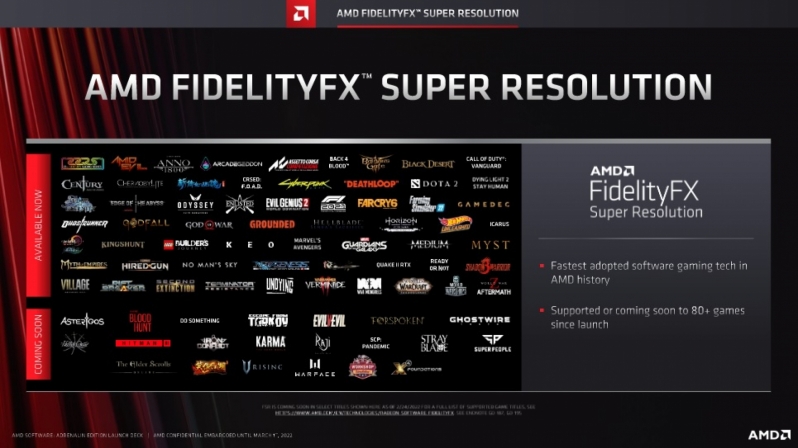 The real benefits of FSR 2.0

Nvidia's DLSS technology is a image upscaling solution that is exclusive to RTX series hardware. AMD's FSR 2.0 technology will be supported on old and new AMD products as well as products from their competitors. FSR 2.0 does not require dedicated Machine Learning hardware to operate, and that will allow FSR 2.0 to be used on PC games (regardless of your GPU vendor) and on consoles.

With FSR 2.0, AMD has promised "similar or better than native image quality". That means that FSR 2.0 users should receive a major performance boost with a minimal to negligible drop in image quality. In some cases, FSR 2.0 should deliver higher quality results than natively rendered images, depending on the quality of a game's stock anti-aliasing solution.

In some regards, FSR 2.0 is similar to DLSS 2.0, with both being temporal upscaling solutions. That said, AMD's solution appears to be more versatile, and could be more widely adopted due to its broader hardware compatibility. 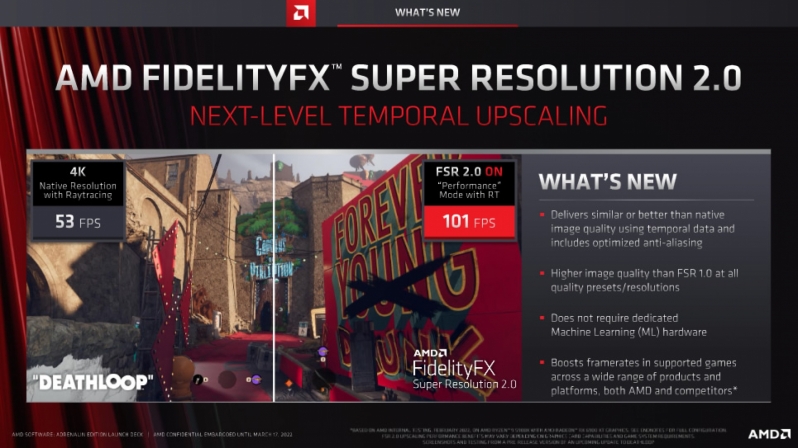 You can join the discussion on AMD's FSR 2.0 technology on the OC3D Forums. 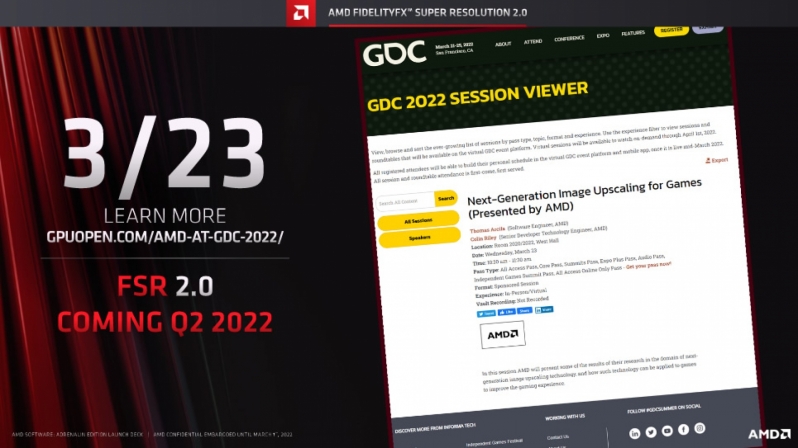