AMD's working on a competitor to Nvidia's DLSS technology, an upsampling technique that offers developers cross-platform compatibility and up to two times the game performance as native resolution rendering.

Radeon's working on a DLSS killer, and according to Red Gaming Tech, AMD is already working with several developers to implement a feature called "FidelityFX Super Resolution" into games. AMD is working to introduce this feature across a broad range of hardware configurations, including PlayStation 5 and Xbox Series consoles. AMD's Super Resolution technology is also said to function on older RDNA 1 Radeon graphics cards.

With FidelityFX Super Resolution, AMD plans to deliver a feature that's competitive with Nvidia's DLSS that can function on both PCs and consoles. The cross-platform nature of AMD's Super Resolution feature alone would make it a serious competitor to DLSS, as the software solution is not PC-only or Nvidia-exclusive, making it beneficial to more gamers.

AMD has remained quiet about FidelityFX SuperResolution as the company doesn't want to showcase the technology in an unfinished state. AMD intends to launch the feature when it is ready on all platforms, and when the feature delivers the levels of image quality that AMD desires. AMD wants to avoid the early criticisms of Nvidia's DLSS technology with FidelityFX Super Resolution. 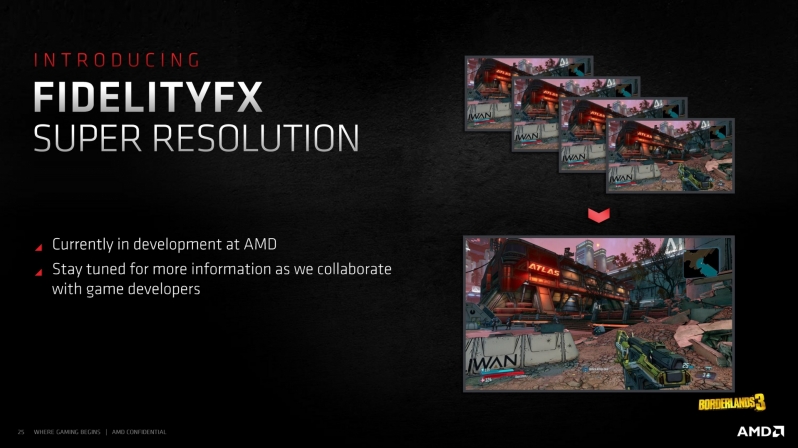 With features like FidelityFX Super Resolution, AMD will effectively double the performance of modern gaming PCs and Microsoft and Sony's latest consoles. The multi-platform nature of FlidelityFX Super Resolutions will allow more games to target high resolutions and framerates. This, in turn, will push in-game visuals to new heights without compromising framerates or image clarity. 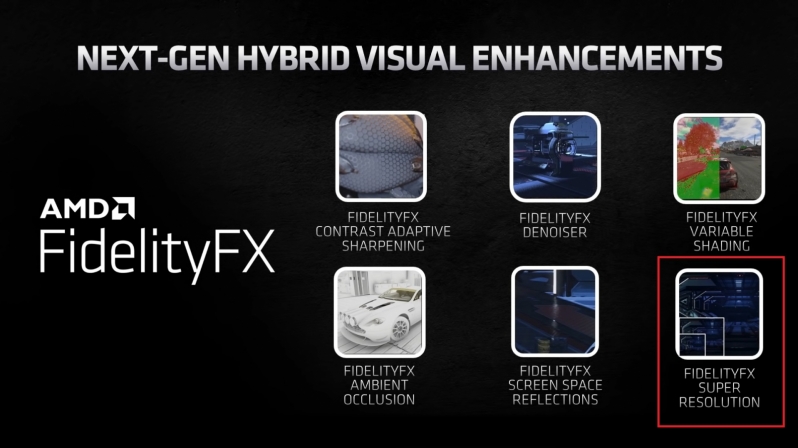 You can join the discussion on AMD's FidelityFX Super Resolution feature reportedly doubling framerates on the OC3D Forums.

Dicehunter
DLSS killer ? That's an enormous claim, It'll be a welcome alternative but I'll take this with a truck load of salt.Quote

Dark NighT
Bit sensational i agree, when the cold hard numbers of this come in then we can see if it really does what it says and if it's a "killer" or not.Quote

WYP
Quote:
If it works as intended and is fully cross-platform (including Nvidia), it will diminish the appeal of DLSS.

If AMD can match Nvidia in terms of quality, Nvidia will have a hard time keeping developers interested.Quote

Dicehunter
Quote:
It'll be interesting to see how it's implemented as Nvidia use dedicated hardware for it but from what I have read AMD do not have dedicated hardware for this type of thing which going by what I know of RDNA2 it will use a cards compute ability meaning it wouldn't give the same level of performance uplift as Nvidia's Tensor cores.

Could be totally wrong though and AMD have some secret hidden special sauce hardware.Quote

ImprovizoR
At this point, who the hell cares. Unless crypto market crashes, I see no point in even following the GPU market.Quote
Reply