Thanks to @momomo_us on Twitter, we now know that AMD has trademarked the term "AMD Infinity Cache", as can be seen on the Justia Trademarks website. This trademark adds an air of legitimacy to RedGamingTech's prior reporting on the technology. That said, the patent mentions both CPUs and GPUs, a factor which could make Infinity Cache a generic AMD term that could be used to discuss multiple technologies.

If rumours regarding AMD's Infinity Cache are correct, AMD has discovered an innovative technique which allows Radeon graphics cards to offer gamers competitive levels of memory bandwidth while using a smaller memory bus and slower DRAM than their rivals. If this is true, AMD's RDNA 2 PC graphics architecture is genuinely groundbreaking.

AMD's Infinity Cache is a unique component of AMD's revamped Radeon memory subsystem, enabling increases to raw memory bandwidth by acting as a faster cache for important data. In theory, this case reduces the need for AMD's RDNA 2 graphics cards to utilise its GDDR6 memory, reducing the strain on the GDDR6 memory system's limited bandwidth. At this time, no concrete information about AMD's Infinity Cache is available. 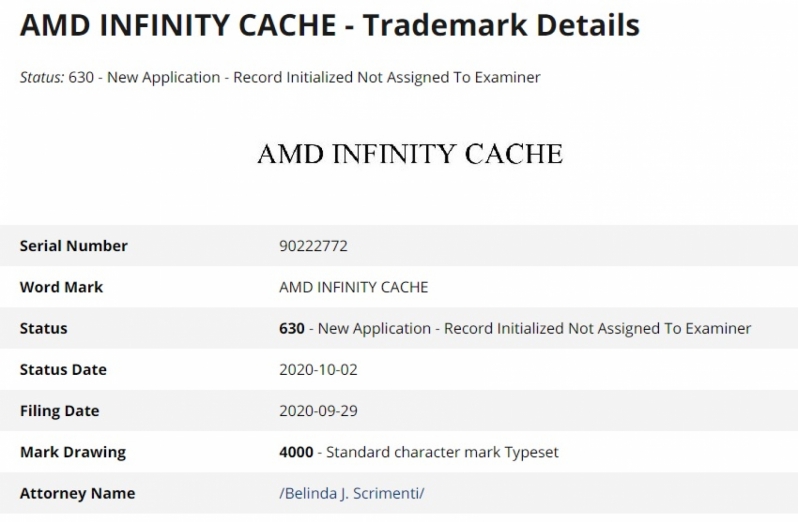 AMD is due to reveal its first RDNA 2 products on October 28th, highlighting the performance and features offered by the company's latest Radeon products. Earlier this year, AMD promised a 50% increase in performance-per-watt with RDNA 2, support for Ray Tracing and other new features like VRS and Mesh Shaders. Architecturally, RDNA 2 represents a major leap forward for AMD's Radeon products, and this month we will see precisely how for RDNA 2 will push the company forward.

You can join the discussion on AMD trademarking "Infinity Cache" on the OC3D Forums. 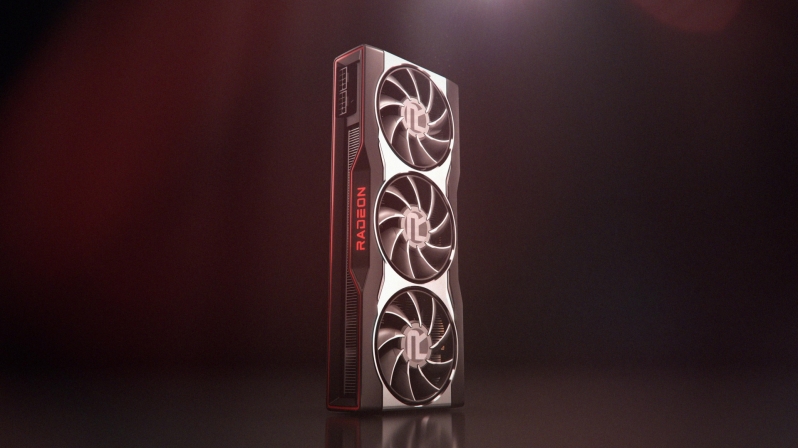 KingNosser
Well it comfirms some of the information going around so that isn't a bad thing, but still doesnt tell us much really. I am looking forward to the up coming events thou

Dicehunter
It'll probably just be like their HBCC on Vega but able to work with GDDR memory and not just HBM.Quote

AngryGoldfish
It's exciting to think what AMD could do with something like this when it comes to aggressively pricing their cards as a result of saving GPU space. A 256-bit card with GDDR6 could potentially compete with a 320-bit card using GDDR6X.Quote

NeverBackDown
Don't forget this could be for APUs and Mobile chips, infinity fabric already exists there, its much less work to manipulate those chips to work together. For a first gen version at least.

Doesn't mean it has to be for desktop RDNA2. Though not saying it can't be.Quote

demonking
Exciting stuff, I'm interested to see how simple or complex this is,and whether this is a hardware or software change.Quote
Reply