Until June 3rd, Innersloth's Among Us will be available for free on the Epic Games Store, giving PC gamers free access to the infamous murder mystery game.

For the uninitiated, Among Us is a multiplayer game that supports between 4 and 10 players, some of which are "Impostors". Regular crew members must complete objectives to survive, while Imposters attempt to murder every crew member that they can along the way. Once dead bodies are reported or crew members initiate an emergency meeting, players can vote to throw suspicious players out of the airlock. If they can kick out all imposters, they win.

Among Us was already an incredibly cheap game on PC, costing £3.99. Even so, the sheer popularity of Among Us makes this an incredible offer to anyone willing to bring together enough players.

This free game offer comes during Epic Games' 2021 Mega Sale, where Epic Games offers PC gamers £10 off any game purchase worth over £14.99. Add that to the sale's already steep discounts, and PC gamers can purchase some games at insanely low prices.

As part of Epic Games' Mega Games Sale, relatively new games like Assassin's Creed Valhalla and Outriders will be available for £27.49, combining each game's 25% discount with Epic Games' £10 Epic Coupon. Those are some great offers!

PC Gamers can redeem their free copy of Among Us on the Epic Games Store. 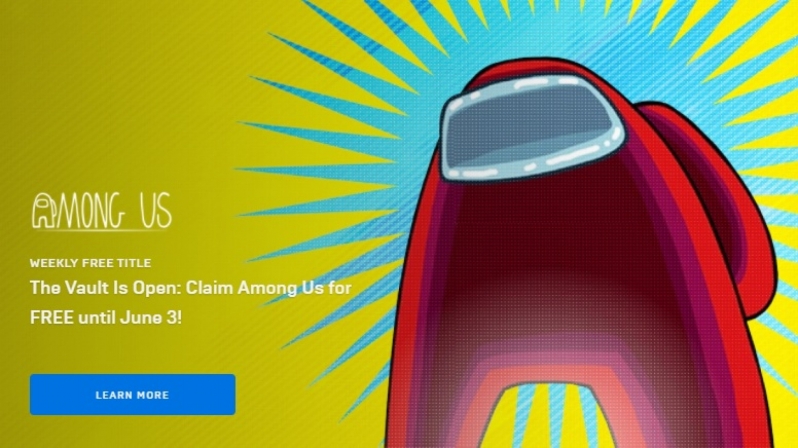 You can join the discussion on Among Us being available for free on the Epic Games Store on the OC3D Forums.

Digikid
Putting actual links in the article is a GOOD THING.

Warchild
Quote:
Linking it is completely pointless, which is why its not listed I guess. You end up inside the launcher if you try to buy it anyway. And if you go direct to the launcher itstead of via that link, its on the main page.

WYP
Quote:
Sorry. I forgot the link. Things have been very busy.

Have been moving house this weekend, so have not been on top of comments. Currently using 4G for the internet.Quote

Digikid
Quote:
Not true on both counts. I got it WITHOUT the launcher and it is not an unnecessary step. It annoys users that have to go and search for the link....which I will agree that that is VERY lazy of the users. LOL!!!Quote