The new game will be a narrative-driven, action-adventure game featuring an original story in the Star Wars galaxy

Lucasfilm Games has announced that they will be working with Amy Hennig and Skydance New Media to create a new narrative-driven, action-adventure Star Wars game. The game will feature an original story and the game is likely to be a exclusive to current-generation gaming platforms (PC, Xbox Series X/S and PlayStation 5).

Star Wars may already know of Amy Hennig for being involved in "Project Ragtag", a Star Wars game that was being worked on by Visceral Games. Sadly, EA cancelled the project in 2017 and closed Visceral Games down. The failure of Project Ragtag is considered by many Star Wars fans as one of EA's biggest failures when the publisher was working exclusively with Disney to create Star Wars games. However, EA's Loot Box controversy with Star Wars Battlefront II also deserves a mention.

Amy Hennig is famed for being one of the creative minds behind the first three Uncharted games, the Jak and Daxter series, and Legacy of Kain. Hennig's new Star Wars game will feature an original story and be a cinematic action adventure title, making the game sound like "Uncharted does Star Wars" in a sense.

Below is what Hennig had to say about working again with Lucasfilm Games on a new Star Wars game.

I’m elated to be working with Lucasfilm Games again to tell interactive stories in this galaxy that I love. 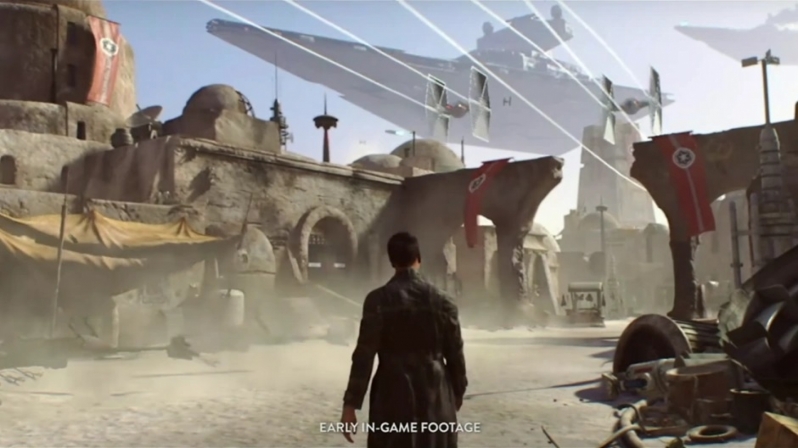 (A screenshot from Project Ragtag, the cancelled Star Wars game)

Below is what Lucasfilm Games' Vice President, Douglas Reilly, had to say about working with Amy Hennig and Skydance New Media.

We couldn’t be more thrilled to be working again with Amy. She and the Skydance New Media team have the talent and ambition to create a unique Star Wars adventure.

Their vision for making inviting, cinematic interactive entertainment makes this collaboration very exciting. We’re working hard with their team of experienced and talented developers, and we’re looking forward to sharing more with Star Wars fans when the time is right.

With Skydance New Media's Star Wars game being a newly announced project, the game has no planned release date. Expect this game to take years to be developed.

You can join the discussion on Amy Hennig's new Star Wars game on the OC3D Forums.