Dying Light 2's PC system requirements are here, and they are insane!

Dying Light 2 is shaping up to be one of the most demanding PC games of 2022. Techland has just released Dying Light 2's PC system requirements, and they promise to bring even today's highest-end systems to their knees.

On PC, Dying Light will launch with heavy support for DXR ray tracing on PC. The game will support ray traced shadows, ray traced global illumination, and ray traced reflections, features that will be supplemented with support for Nvidia's DLSS technology.

Dying Light 2 is a game that is "enhanced with RTX", which means that Nvidia has been working with Techland to create the game's PC version. That means that Dying Light 2's ray tracing implementation is designed to impress, but also that it is designed to be used with DLSS to make high frame rates feasible with RT is enabled. 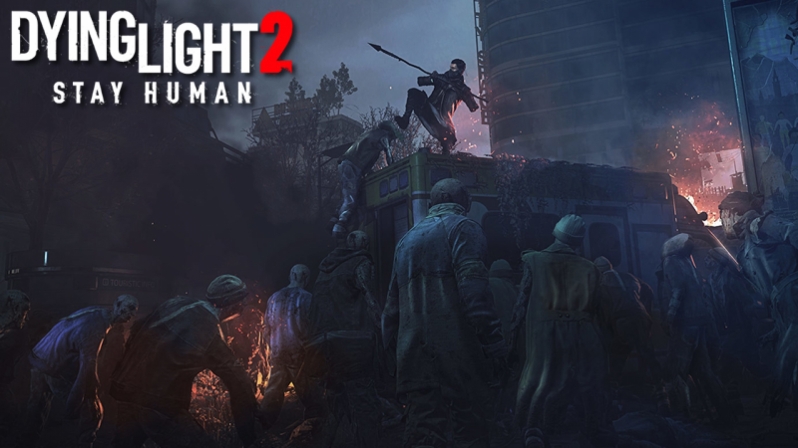 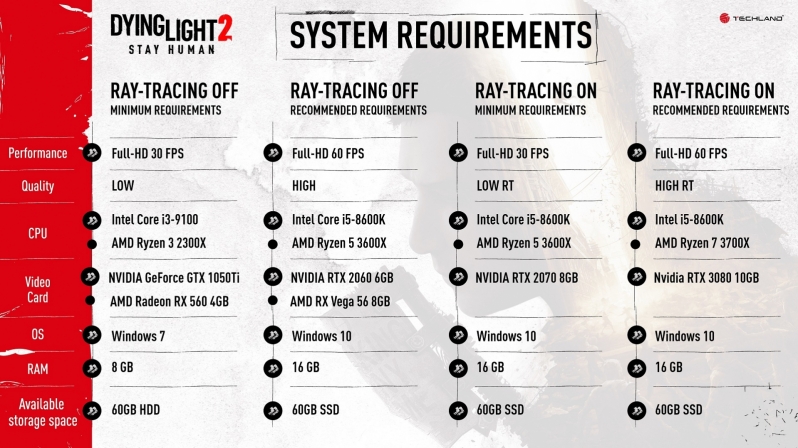 While Nvidia's DLSS technology will likely allow Nvidia's RTX 3080 to target higher screen resolutions on PC, the fact that Techland's recommending Nvidia's RTX 3080 for 1080p 60 FPS gameplay is utter insanity. Techland's pushing ray tracing hard with Dying Light 2, and we will likely need to wait for Nvidia's RTX 40 series before we will be able to see that game at 4K 60 FPS on PC as maxed out RT settings, even with DLSS.

You can join the discussion on Dying Light 2's high-end PC system requirements on the OC3D Forums.

Dicehunter
Quote:
Well the 4000 series is meant to come out around October'ish 2022 so we're gonna be waiting a while, If it's anything like DL1 then it should be ok'ish to run.Quote

Dawelio
Quote:
Yeah, meant to be... Add a number of months to that with the shortages that will likely still be around at the time of their launch